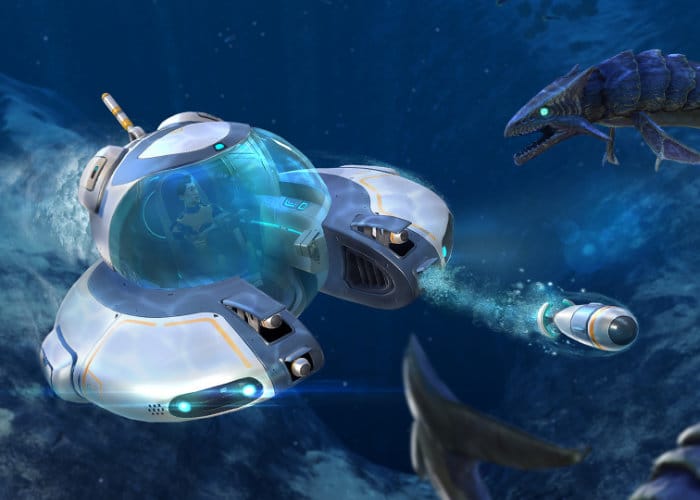 After being under development and in Steam early access the nearly 3 years since its original rollout back in 2014, the development team behind Subnautica have announced the game will be officially launching later this month on January 23rd, 2018. The virtual reality game which supports both HTC Vive and Oculus Rift VR headsets and is also available to play on PC without VR hardware has sold more than 1.8 million copies and has acquired a very positive review rating thanks to over 42,000 reviews. Watch the video below to learn more about what you can expect from Subnautica the underwater survival and exploration game, if you haven’t yet had a chance to play.

Subnautica is an open world, underwater exploration and adventure game created by the development team at Unknown Worlds. Gameplay allows you to descend into the depths of an alien ocean filled with wonder and peril. During which you will have the ability to craft new equipment, pilot submarines and out-smart wildlife in this harsh landscape to explore lush coral reefs, volcanoes, cave systems, and more.

After crash landing in your Life Pod, you are up against time and your survival depends on finding water, food, and your ability to quickly adapt and create equipment you need to explore the depths. By collecting resources from the oceans around you you will be able to craft lights, diving gear, personal watercraft, knives and other utensils. The deeper and further new venture into the depths rarer resources will be available allowing you to craft even more advanced gear.