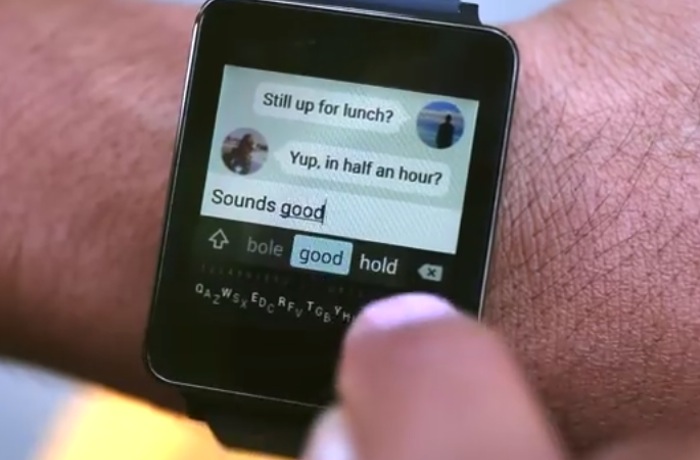 Soon Minuum the tiny virtual keyboard will be launching on Google’s new Android Wear operating system and will be available to use on smartwatches running the new slimline wearable version of Android, such as the LG G watch, Gear Live, and the Moto 360.

In preparation this week Minuum has released a new demonstration video showing their software doing the first ever typing on an Android Wear device, check it out after the jump.

The Minuum Android Wear keyboard provides a useful way of entering text on such a small screen and has been designed to adapt to natural language patterns. In a similar way to how voice recognition adapts to the tones and accents of different people. Minuum is also developing a circular keyboard that is being specifically designed for smart watches with round faces such as the Moto 360, which is expected to launch sometime later this year.

“We’ve had oodles of requests for Minuum on Android Wear smart watches – everyone’s looking for a way to quickly reply to messages on their wrist without having to rely on voice typing. While there aren’t yet many apps on Android Wear built with text fields available for typing, we’re working on changing this”

The Minuum keyboard is also available to download for Android smartphones as well as shortly being available for iOS devices, available via their respective online app stores.

For more information on the new Minuum Android Wear keyboard, or to download a version to your Android Wear device as well as being kept up-to-date as to when it will be officially available to install on your brand of smartwatch. You can jump over to the official Minuum website to sign up to their notification mailing list.