This clever Minimalist battery clock called the Front Back Clock designed by The Wrong Objects uses its two AA batteries as the hands to indicate the time. The Front & Back concept was recently exhibited at the 2010 DMY International Design Festival in Berlin 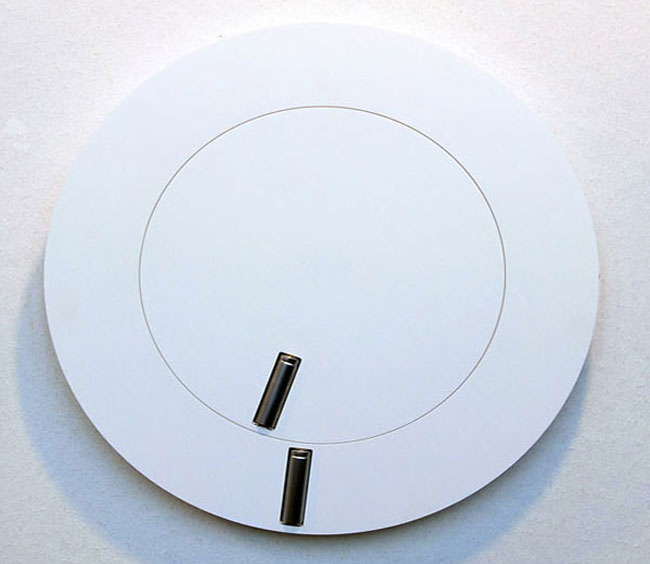 The designers of this minimalist clock say putting the batteries on the front of the clock is revolutionary in the clock world and state on their blog that “Batteries summon up courage to demand more a active relationship, willing to play the role of hands of a clock.”

Just be careful to select some minimalistic battery designs to enhance the look.