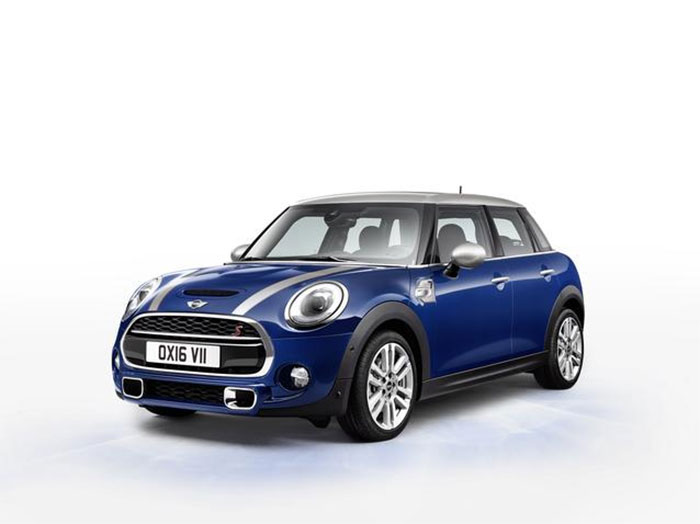 Mini has unveiled a new special edition of the current generation mini car. The special edition is called the 2017 Mini Seven and it will be offered in Cooper and Cooper S versions with two or four doors. The car will land in late summer and pricing will be announced closer to the launch of the vehicle. Mini says that the design of the interior and exterior are meant to underscore the British origins of the car and to highlight driving fun.

The design of the car is meant to recall the premiere of the model that became the Mini back in 1959. It was August of 1959 when the Austin Seven and Morris Mini Minor were unveiled to the public for the first time. The new Mini Seven comes in a special color called Lapisluxury Blue based on the color Ultramarine. Other colors available for the special model include pepper white, midnight black, and British racing green.

All colors get the roof and mirror caps finished in melting silver color. Bonnet stripes in the same silver are offered with brown on the outside of the stripes. Special emblems on the outside have Seven script. Standard interior has fabric and leather upholstery in diamond malt brown. Carbon black leather or satellite grey leather are available as options.