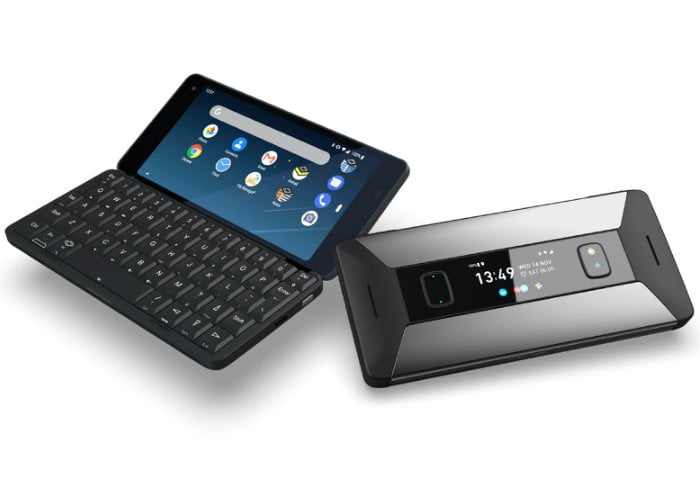 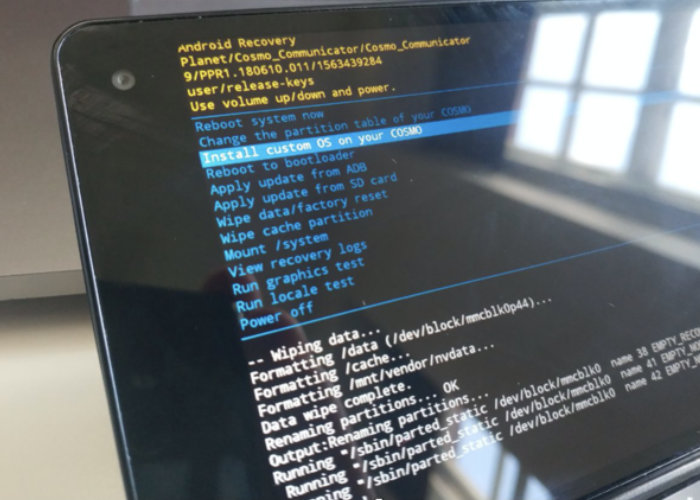 “Next, you will have to boot into recovery mode. To do that, simply turn ON your Cosmo while keeping pressed the volume up button on the outside cover. The volume up button is the one on the fingerprint sensor, which points UP when the unit is open. The unit should boot into recovery mode and you should be able to see the Android logo, but nothing else. The main requirement when installing Linux is to reserve space for it. In order to do this you will have to re-partition your device, which will lead to the loss of all your data. Once you reserve some space for Linux you can update Android or Linux independently, without loosing your data again. To change the partition table of your Cosmo use the option “Change the partition table of your COSMO”, as in the picture below.”

Awful instructions and a complete guide on installing and booting Linux on your Planet Computers Cosmo Communicator smartphone jump over to the official support forums by following the link below.