We have seen quite a few different PC casemods here on geeky gadgets, this one is definitely one of the more unique mods we have seen, the Mini Cooker PC Casemod.

The Mini Cooker PC Casemod was created by Czech modder Zbyšek, and it is a replica of his full sized cooker and even features blue LED gas burners. 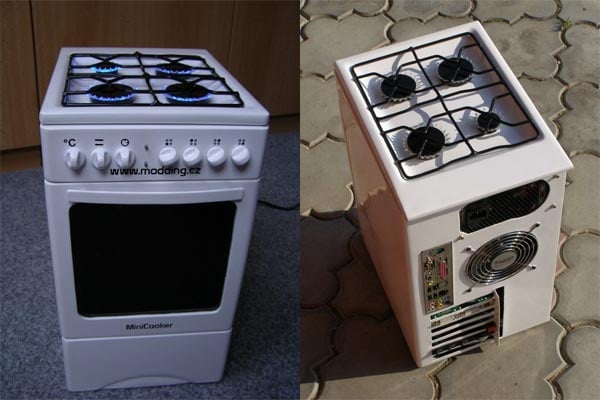 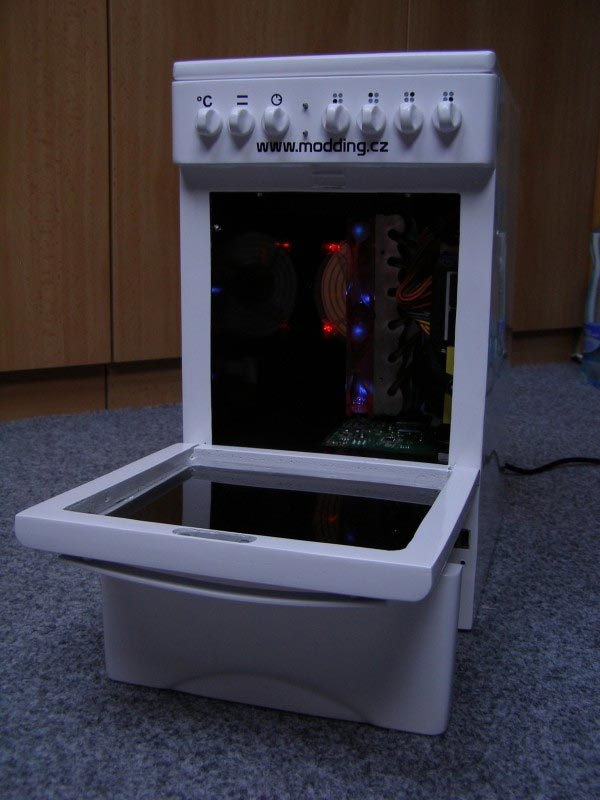 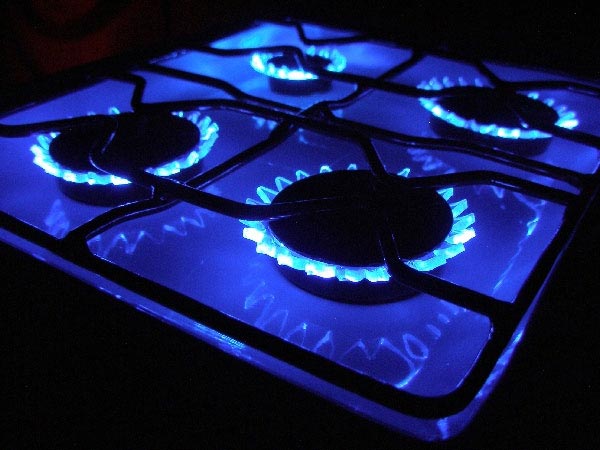 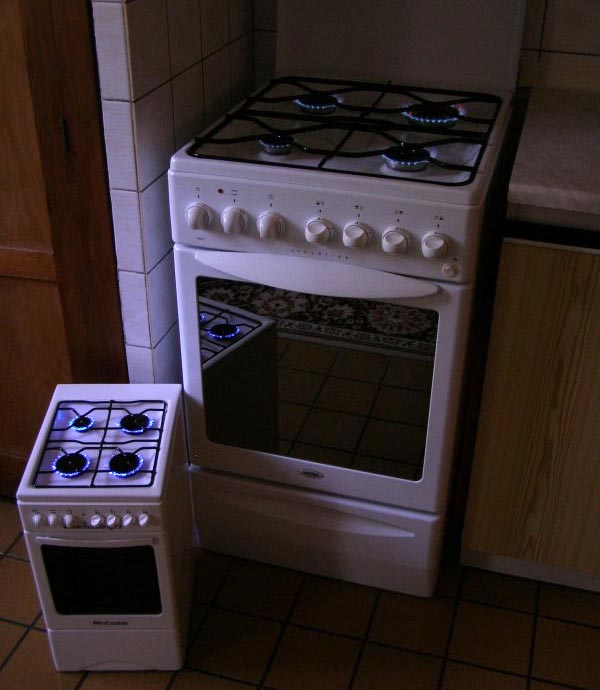 Zbyšek built the Mini Cooker PC Casemod from scratch and everything was built by hand, inside there is a Pentium D820 3.5GHz processor, 2GB of DDR2 Ram, and graphics comes in the form of an NVIDIA 9600GT card.

This is definitely one of the coolest mods we have seen so far, I suspect it took some serious effort to built this Mini Cooker PC, and it looks really realistic.