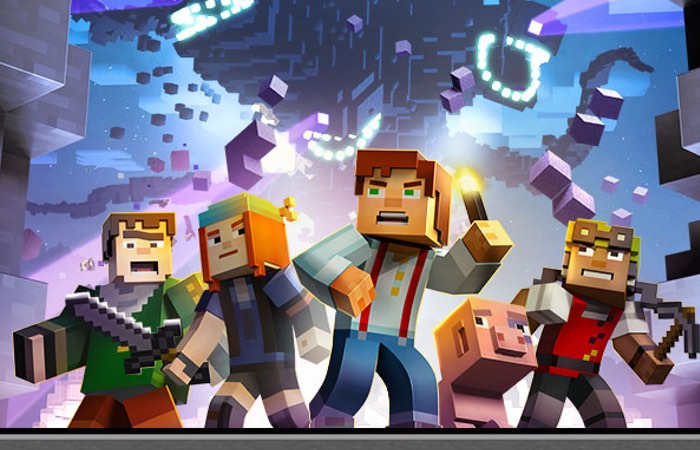 PC gamers that have been patiently waiting for the arrival of the popular Minecraft Story Mode Series created by Telltale Games to be available on Windows PCs. Will be pleased to learn that the five part episodic series has now be launched for Microsoft’s latest Windows 10 operating system.

The Minecraft Story Mode Series first launched on Xbox and Xbox 360 consoles and is now available to purchase priced at $4.99 for Windows 10 and features the voices of Patton Oswalt (Ratatouille, Agents of S.H.I.E.L.D), Brian Posehn (The Sarah Silverman Program, Mission Hill) and Ashley Johnson (The Last of Us, Tales from the Borderlands).

In the Minecraft: Story Mode episodic series, you’ll embark on a perilous adventure across the Overworld, through the Nether, to the End, and beyond. You and your friends revere the legendary Order of the Stone: Warrior, Redstone Engineer, Griefer, and Architect; slayers of the Ender Dragon. While at EnderCon in hopes of meeting Gabriel the Warrior, you and your friends discover that something is wrong… something dreadful. Terror is unleashed, and you must set out on a quest to find The Order of the Stone if you are to save your world from oblivion.

You will drive the story through the decisions you make: what you say to people (and how you say it), and what you choose to do in moments of thrilling action will make this YOUR story

For more information on the new Minecraft: Story Mode for Windows 10 jump over to the Microsoft Store website for details and to purchase for $4.99 via the link below.