Minecraft the popular independent game created by Markus “Notch” Persson which is focused on creativity and building, allowing players to build constructions out of textured cubes in a 3D world. Has today announced that it has 20 million registered users. 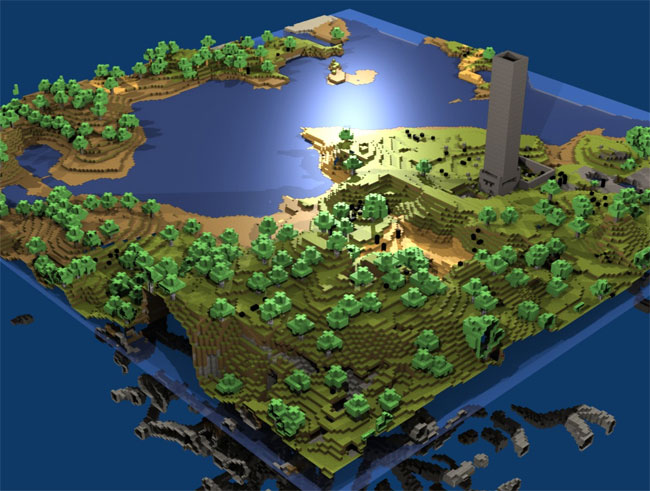 Notch confirmed the number via Twitter last week, joking the quantity of registered users, who probably weigh around 70 kg or 155 pounds on average, equates to 25% of the weigh of the Great Pyramid of Giza, the oldest of the Seven Wonders of the Ancient World. 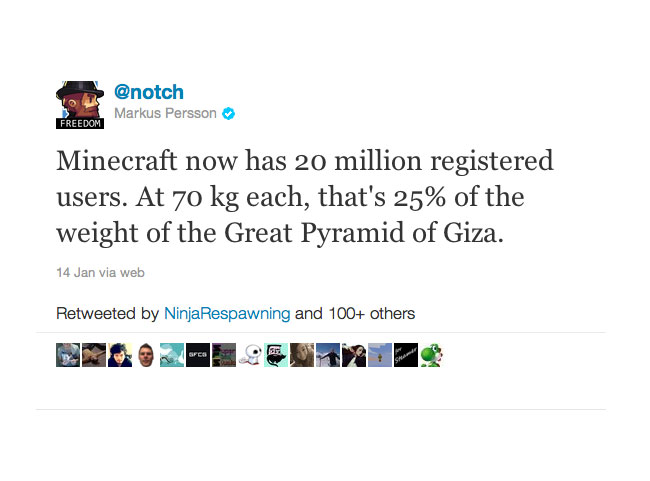