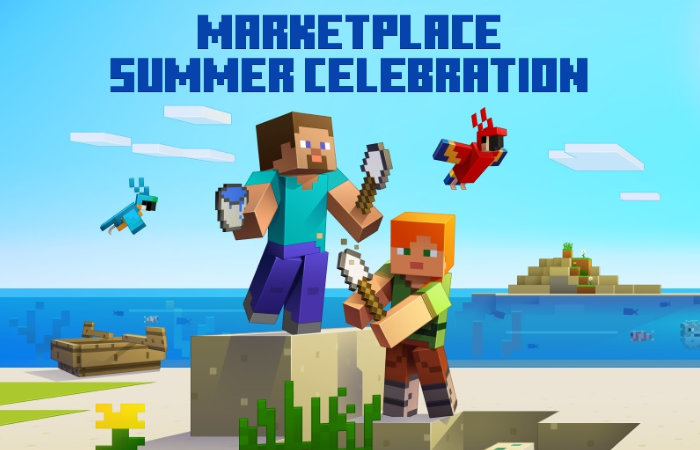 Microsoft has today launched its Minecraft Marketplace summer sale which will run until July 12th 2021 providing Minecraft players with free maps and daily free Character Creator items related to the latest Caves & Cliffs update, check out the trailer below to learn more about the Caves & Cliffs Update: Part I. Microsoft is also tempting Minecraft players during the summer sale with deals offering up to 75% off on select Minecraft Marketplace content.

“Delve into Part I of the Caves & Cliffs Update with fun mobs, blocks, and items! Team up with the axolotl, swim with the glow squid, and climb with the goats. Mine copper and use it to build structures that will age over time. The Caves & Cliffs Update: Part I launches on June 8, download Bedrock Edition on Xbox Series X, Xbox Series S, Xbox One, PlayStation 5, PlayStation 4, Nintendo Switch, iOS, Android, and Windows 10, and Java Edition update on Windows, macOS, and Linux.”

Note : Microsoft explains that access to free items and sale content requires “the latest version of Minecraft Bedrock with access to Minecraft Marketplace. Character Creator items are only available through July 19. Limit 1 of each in-game item per person/account”.

For more details and to view all the special offers available to purchase during the Summer Minecraft Marketplace sale jump over to the official Minecraft site by following the link below.