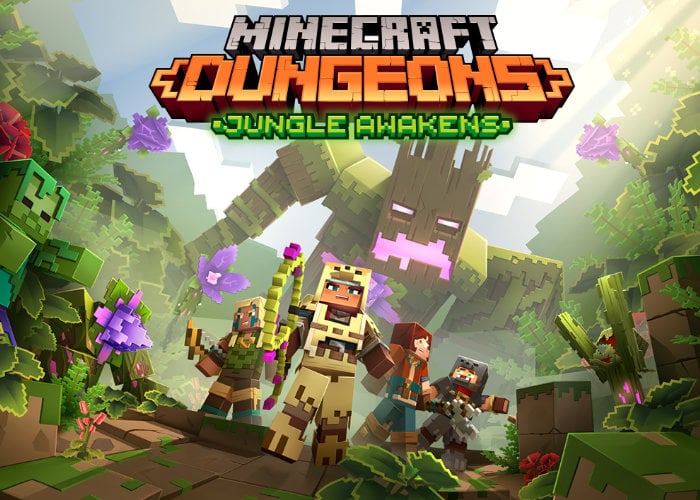 Microsoft’s development team at Mojang has revealed that the first DLC for the recently launched Minecraft Dungeons game will be arriving next month during July 2020. The Jungle Awakens DLC allows players to enter a distant, dangerous jungle to fight a mysterious power in three new missions. To defeat the terrors hidden among the vines, you’ll have new weapons, armor, and artifacts at your disposal. 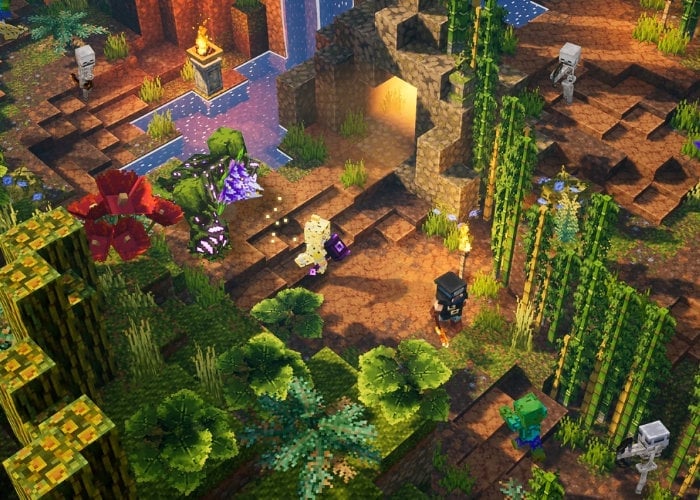 “Once you’ve had enough of the jungle heat, you’ll explore some frozen peaks in Creeping Winter! This second addition to Minecraft Dungeons will be coming later this year, so keep an eye on this blog and our socials for future sneak peeks!

I don’t know about you, but I’m feeling really good about getting the Hero Edition right now – and it’s not just because of the baby chicken that comes with it. Have you seen how cute it is though?

Did you think that was it? Far from it! ! The team is also working on adding cross-platform play functionality and cool new free content for Minecraft Dungeons that everyone will receive, regardless of edition! We’ll come back with more details in the coming weeks. In the meantime, equip your favorite weapon and show that Arch-Illager who’s boss! Get it? I’ll see myself out.”