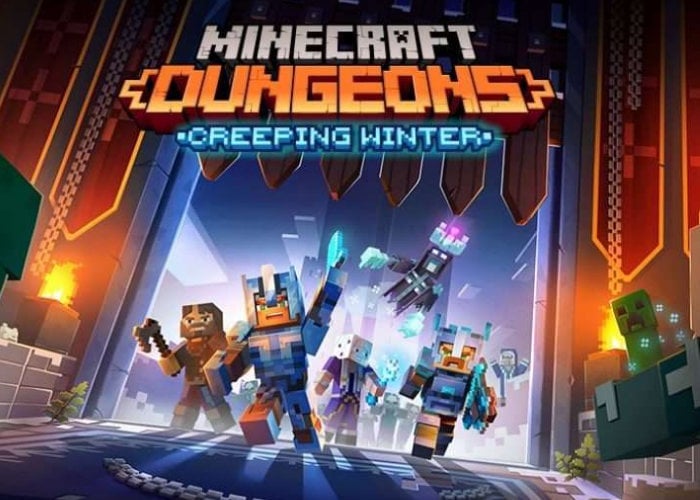 Minecraft Dungeons players patiently waiting for the latest DLC to be made available, will be pleased to know that the Minecraft Dungeons: Creeping Winter DLC is now available to play on both Windows 10 PCs and Xbox One. Check out the trailer below to learn more about what you can expect.

“A creeping winter is slowly taking over everything it touches, and the source of its chilling power is a powerful creature known as the Wretched Wraith. To stop the never-ending winter in its icy tracks, a noble hero must take on new missions in the lands trapped below zero. It won’t just be wintry winds that seek to throw the hero from their path to destroy the Wretched Wraith, but new enemies such as the Illusioner and Iceologer will join the brawl! As you hunt down the source of corruption, you’ll discover new armour, weapons, and artifacts below the snow and sleet. Stay cool and keep a steady hand, for the frost is unforgiving.”

Features of the new Minecraft Dungeons: Creeping Winter DLC now available on Xbox and Windows 10 include:

– Take on 3 brand new missions
– Battle the Illusioner and Iceologer
– Face the Wretched Wraith
– New weapons, armour, and artifacts
– Slide across the ice.