If you use Google Voice but find it lacking in a few areas a new service currently in its beta stage of development called MightText might provide you with a few of those missing features.

Co-creator of the MightText service Maneesh Arora thinks its strange (as do many of us) why we still can’t view our text messages on a computer. With this in mind Arora created MightyText a service that pushes your texts messages and phone calls from your Android smartphone. 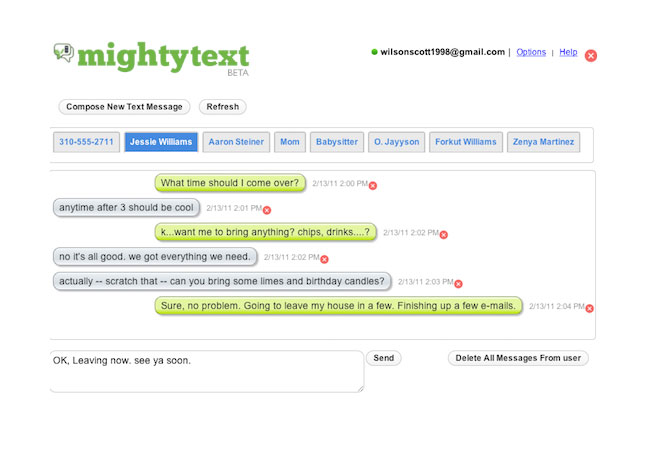 Arora explains: “we have routed over 18 million SMS messages since our beta launch just 2 months ago.”

But dont worry your calls and texts will also appear on your phone as MightyText does just mirrors the messages sent to your phone and routes them to your computers Internet browser via a server.

Currently the MightyText system only works on Android phones but its developers are hoping that in the future it will be available to iOS users and even able to be used on Apple iPad to view texts and calls.