MicroVision has just announced a new version of its SHOWWX laser pico projector, the MicroVision SHOWWX+, which is powered by the same PicoP display engine that was featured in the first generation version.

The new MicroVision SHOWWX+ features a 50 percent brighter display than the previous model, and it is capable of projecting an image of between 12 inches to 100 inches. 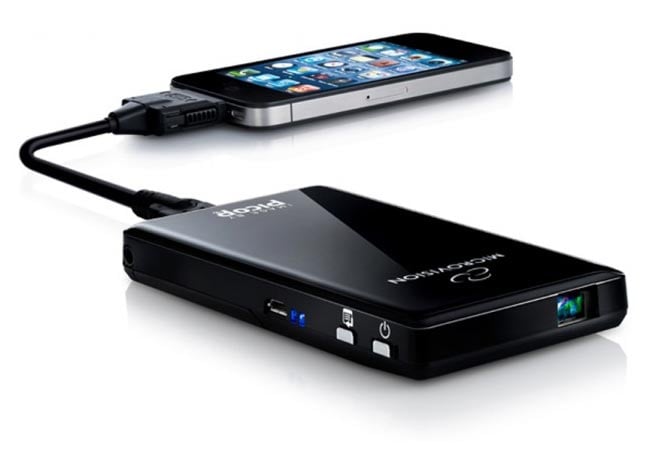 The MicroVision SHOWWX+ can project videos and images at a 16:9 ratio with an 848 by 480 WVGA pixel resolution, and it is compatible with a wide range of devices including the iPhone and iPOD.

The MicroVision SHOWWX+ will be available from today and will retail for $449.