Well its been rumoured for some time, and  today a date has been set for the unveiling of Microsoft’s next generation Xbox which will battle against Sony’s PlayStation 4 games console which was unveiled earlier this year.

The announcement of the new Microsoft Xbox Reveal Event that will take place on May 1st at 6pm, was made via the Major Nelson website, with Microsoft saying that “We are thrilled to pull back the curtain and reveal what we’ve been working on.” 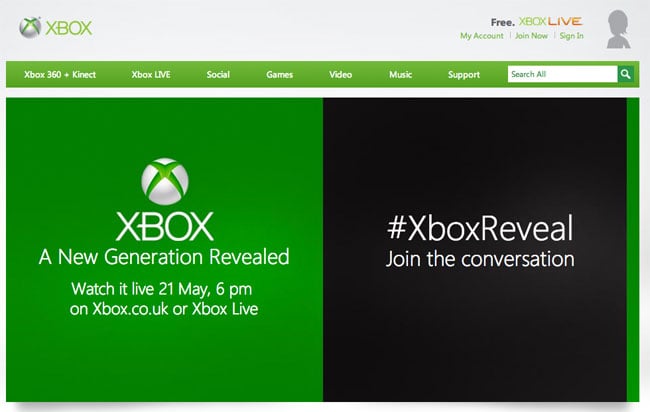 “On Tuesday May 21st, we’ll mark the beginning of a new generation of games, TV and entertainment. On that day, we’ll be holding a special press event on the Xbox campus and we invite you to join us via the live global stream that will be available on Xbox LIVE and Xbox.com. If you are in the US or Canada, you can also watch the broadcast on Spike TV.”

On that day, we’ll share our vision for Xbox, and give you a real taste of the future. Then, 19-days later at the Electronic Entertainment Expo (E3) in Los Angeles, we’ll continue the conversation and showcase our full lineup of blockbuster games.”

As more information is released or leaked in the run up to the Microsoft Xbox Reveal event we will keep you updated as always.