Microsoft has rolled out a new update for its Windows Phone Bing Translator application, which is available to download for free from the Windows Marketplace. Within the new update Microsoft have added support for offline use, which now enables users to download a language pack, for use when Internet connectivity might be a little unreliable. 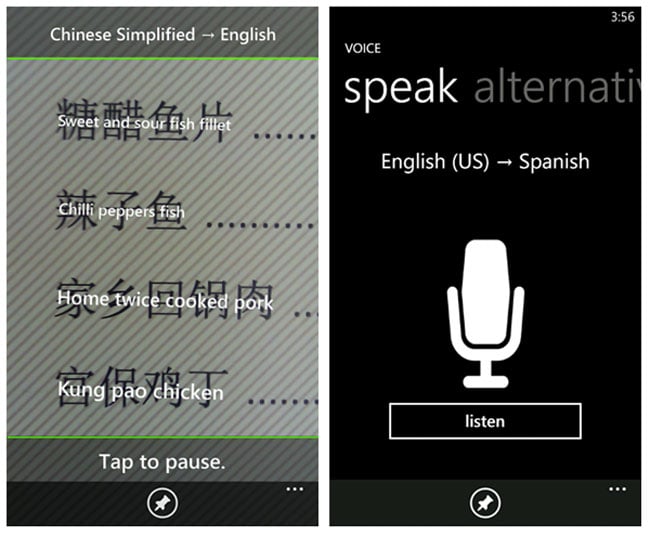 The Bing Translator application, has been designed to by used with the camera on the smartphone, by taking a photo of unintelligible text and then creating an overlay in your own mother tongue, as in the image above. Microsoft explains:

“Now you can point your phone camera at printed text—street sign, dinner menu, train schedule, newspaper headline—and the app will translate it. If I wanted to ask a stranger for directions to the Eiffel Tower, I could also just speak into the phone in English—and wait a moment for the French.”