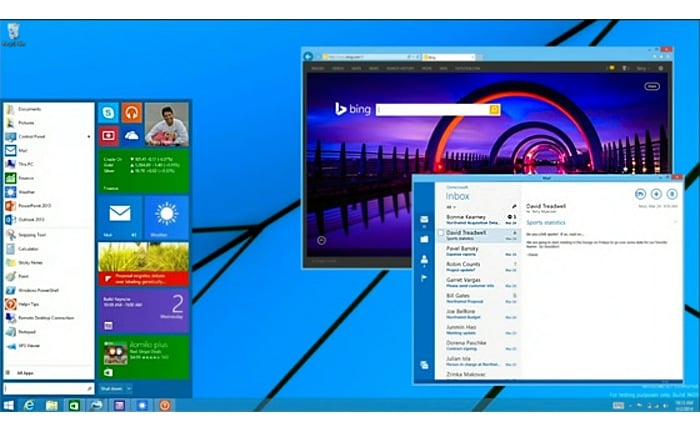 Microsoft has today announced the date for their official unveiling of the new Windows 9 operating system which they have been developing for the last few years since the launch of their previous Windows 8 software that received mixed reactions after its official launch.

This week three new Windows 9 videos have leaked providing you with a more detailed look at what you can expect from the latest Windows operating system, currently being prepared by Microsoft to be launched hopefully later this year to developers and to consumers during 2015.

The videos below provide examples of how the new Microsoft Windows 9 operating system will handle multiple desktops as well as the return of the Start Menu. Together with providing a glimpse at the other features users will be able to enjoy once the Microsoft operating system becomes widely available.

The leaked Windows 9 videos below are of a preview build, so keep in mind that many of the features viewed in the footage could be tweaked, enhanced or completely removed by Microsoft before the new operating system hits the shelves.

As yet Microsoft has not announced any prices for the new Windows 9 operating system or any official launch dates but as soon as any more information becomes available we will keep you updated as always.