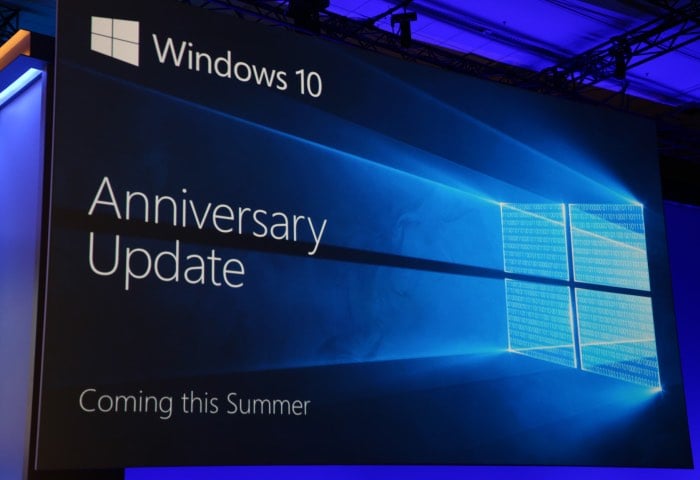 As expected Microsoft has started rolling out their new Windows 10 Anniversary Update this week, a year to the date of the official public launch of the latest Microsoft Windows 10 operating system.

The Windows 10 Anniversary Update is marked as internal version 1607, build 14393 and is several gigabytes in size. It will effectively replace your existing Windows 10 installation bringing with it a number of new features and enhancements for Windows users to enjoy.

For more details on what you can expect in the latest Windows 10 Anniversary update check out the video below. The update is not optional and will roll out to all Windows 10 installations worldwide. The Anniversary update will also make using Microsoft’s personal virtual assistant, Cortana mandatory and will re-enable the Cortana service and search bar if you have disabled it previously.

In addition to this the new update adds Windows Ink, the stylus-based live notes app, Windows Hello, the in-built biometric ID system, which has been integrated into many more third-party services, such as Dropbox. As well as improvements to Windows Defender, the anti-malware tool as well as the obligatory bug fixes, performance enhancements and tweaks.

We are committed to delivering continuous innovation to you: including features that bring Windows Ink and Cortana to the mainstream; a faster, more accessible and more power-efficient Microsoft Edge browser; advanced security features for consumers and enterprises; new gaming experiences and new tools for the modern classroom. Everyone running Windows 10 will get these new features for free.