In an attempt to make the Microsoft Kinect this holidays season must by gadget. Microsoft have unveiled 5 new games created by Japanese developers. Details are still a little vague at the moment and it doesn’t look like any will actually ship with the Kinect when launched. 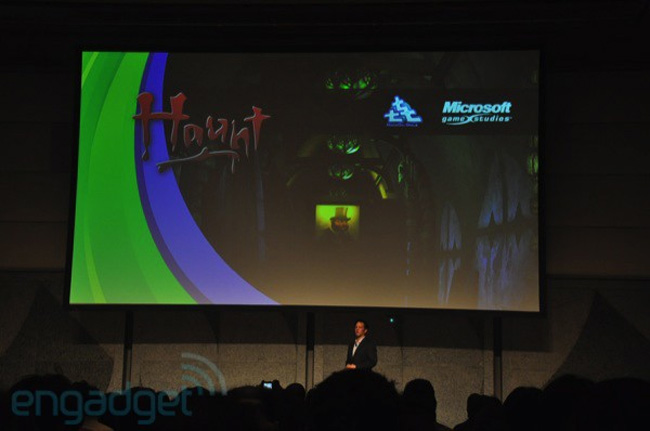 Haunt – Is a survival horror games from NanaOn-Sha and Masaya Matsuura creators of Parappa the Rapper. But dont expect any music style gaming in this title.

Steel Battalion Heavy Armor – Is the sequal to Capcom Steel Battalion, yes the Xbox game that required a $200 controller. Hopefully you wont need anything else to play this version.

codename D – from Grasshopper Manufacture, developer of Killer 7 and No More Heroes. Very little is know about this title but the short trailer shows a guy wielding a flaming baseball and making peoples’ heads explode.

Project Draco – from the  Grounding team this new title brings an odd mix of creatures and includes riding a dragon in the brief trailer. But again no gameplay was in the trailer.

Rise of Nightmares – another survival horror from Sega with very little details but is expected to be launched in 2011.

Even though Microsoft has unveiled the new title lets hope they release a little more details very soon.