In a bid to try and regain some of the ground that Microsoft has lost to Apple. Microsoft has decided to build a store opposite the Apple store in the Mall of America.

Not only have Microsoft going to open up shop opposite the Apple store it is also going to be over twice the size of Apples. But does size really matter? Check out the quick video after the jump to see for yourself. 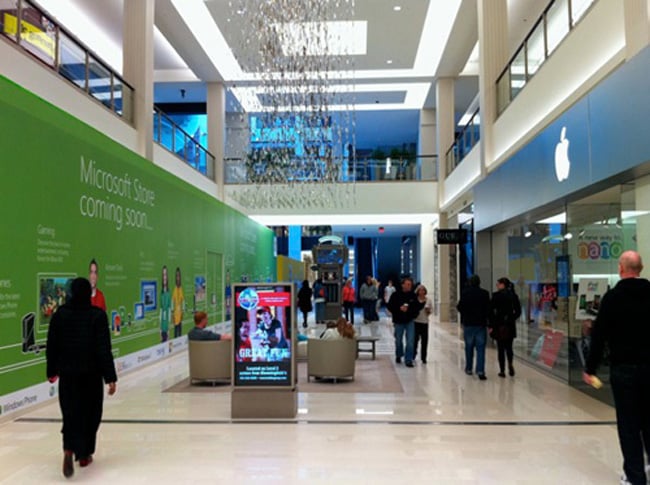 At least it takes the pain out of walking to far for gadget geeks who will be visiting the Mall.

Via Crunch Gear Via Electronista