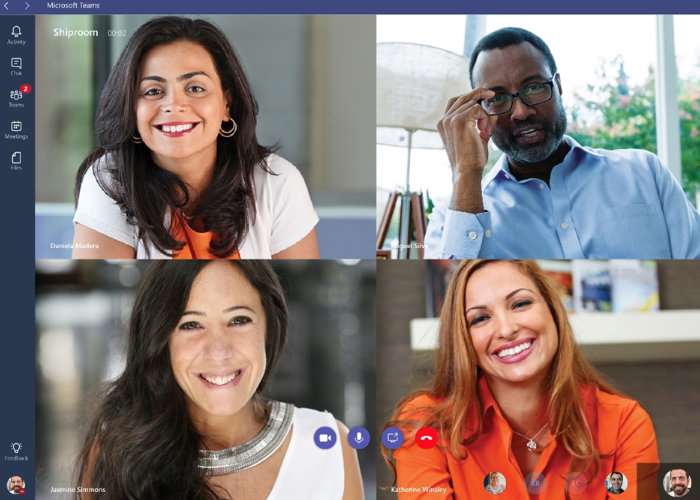 Microsoft has today announced the launch of its new Microsoft Teams service which is now rolled out to all Office 365 customers wherever they may be located in the world.

The announcement was made during the a global webcast from Microsoft headquarters, and Microsoft Teams is now available in 181 markets and in 19 languages. Offering a digital workspace built on four core promises explains Microsoft “chat for today’s teams, a hub for teamwork, customisation options and security teams trust”.

Watch the promotional video below to learn more about the new Microsoft Teams collaboration service which is launched to compete with the likes of Slack.

Microsoft Teams provides a modern conversations experience, with threaded, persistent chat to keep everyone engaged. We’ve rolled out many new communication features since preview, including audio calling from mobile devices, plus video on Android, which is coming soon to iOS and Windows Phone. And we’ve addressed numerous customer requests, adding the ability to email a channel, including attachments, send messages with markdown-based formatting, and receive notifications about all posts in a channel.

The Office 365 applications and services that people use every day—including Word, Excel, PowerPoint, OneNote, SharePoint and Power BI*—are built into Microsoft Teams, giving people the information and tools they need. We’ve recently added support for open, public teams within an organization. We’ve also enhanced the meeting experience by adding scheduling capabilities, integrating free/busy calendar availability for team members, adding recurrence, and making it easier to transition from chat to high-quality voice and video.*

Every team is unique, so we’ve made it easy for teams to customize their workspace with Tabs, Connectors and Bots. More than 150 integrations are available or coming soon, including Bots from hipmunk, Growbot and ModuleQ. We’re also partnering with SAP and Trello to build new integrations. SAP SuccessFactors will help employees and managers track goals and performance as part of the way they work in Microsoft Teams every day. Trello will empower teams to easily get projects done with boards, lists and cards right within Microsoft Teams. These partnerships let users bring important apps and services into Microsoft Teams, truly making it their own hub for teamwork.

For more information on Microsoft Teams jump over to the official Office blog by following the link below.