Microsoft has finally revealed the pricing for its Surface tablet with Windows RT, there will be three different options available and pricing for the Microsoft Surface RT tablet starts at $499. 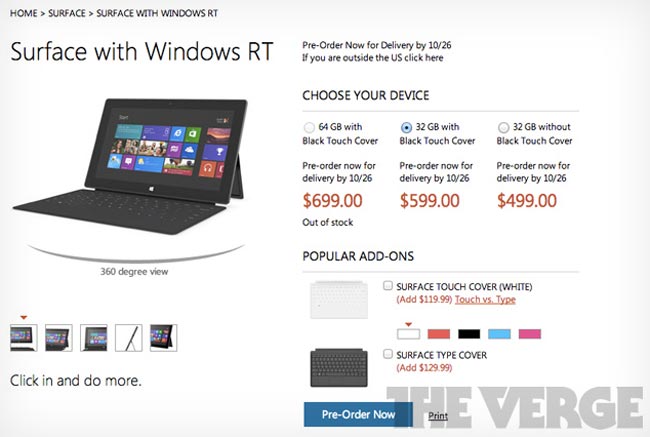