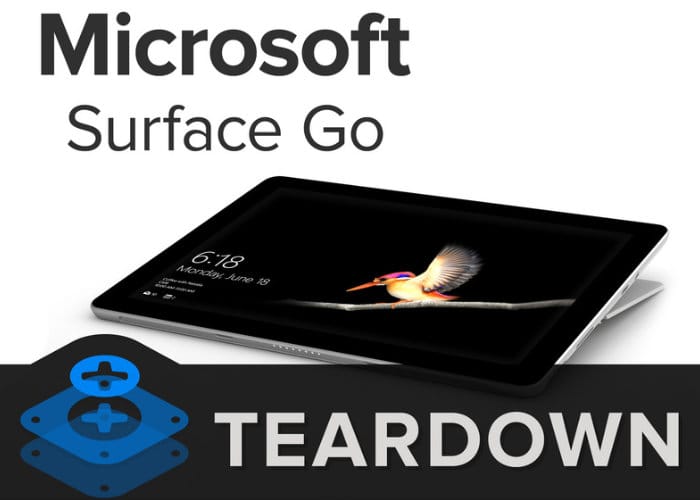 Last week Microsoft made available their new smaller Microsoft Surface Go tablet priced at $399 for the 64 GB version equipped with 4 GB of RAM, or 128 GB of internal storage with 8 GB of RAM for $549. As you would expect the team over at iFixit have wasted no time taking their toolkit to the new tablet to reveal its inner workings and how easy it is to repair. 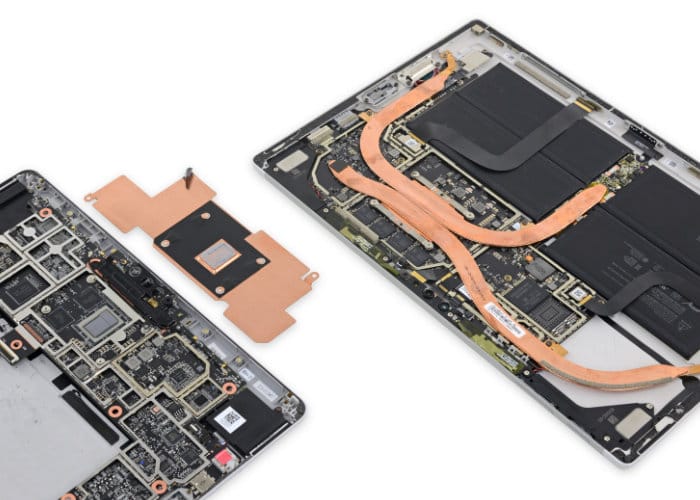 To recap the specifications of the new Surface Go tablet include any 10” IPS multi-touch display offering users a 3:2 aspect ratio and 1800 × 1200 resolution at 217 ppi. Powered by Dual-core 1.6 GHz Intel Pentium Gold 4415Y processor supported by either 4 or 8 GB of RAM. 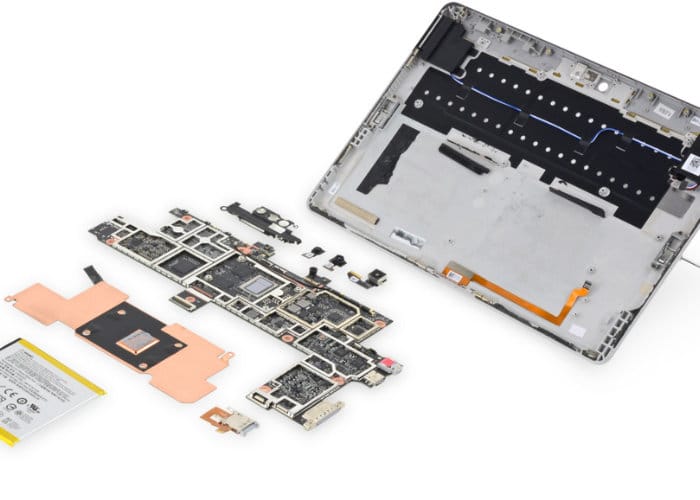 Together with a with integrated Intel HD Graphics 615. Storage is provided by either 64 GB eMMC storage or 128 GB NVMe SSD which is available as an optional upgrade with additional storage available via the included microSDXC slot. Microsoft is also equipped the tablet 5 megapixel front facing camera for video calling and selfies, together with a 8 megapixel rear facing for video and photographs. 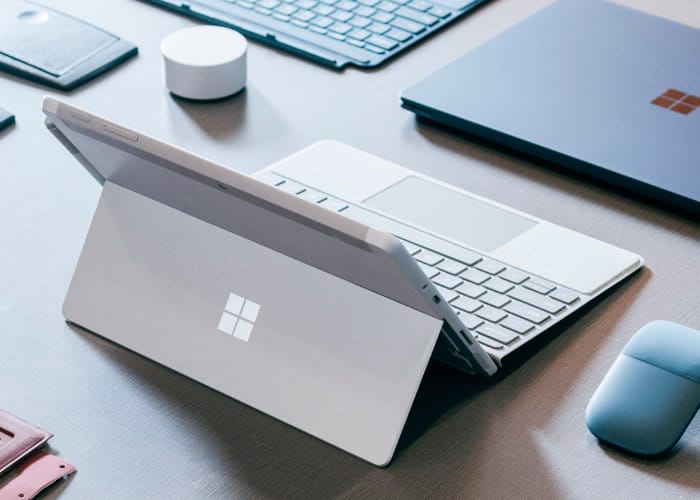 Points noted by the iFixit team which awarded the new Microsoft Surface Go tablet with a repair ability score of just 1 out of 10 include :

– The smaller form factor seems to make the glass easier to remove without breaking, but it’s still terrifyingly hard.
– If this is expected to replace a PC, the lack of upgradability will severely limit the device’s lifespan.
– The lack of modularity, especially on high-wear ports, makes repairs unnecessarily expensive.
– Adhesive holds many components in place, including the display and battery.
– Replacement of any part requires removal of the display assembly, an easy (and expensive) part to damage. 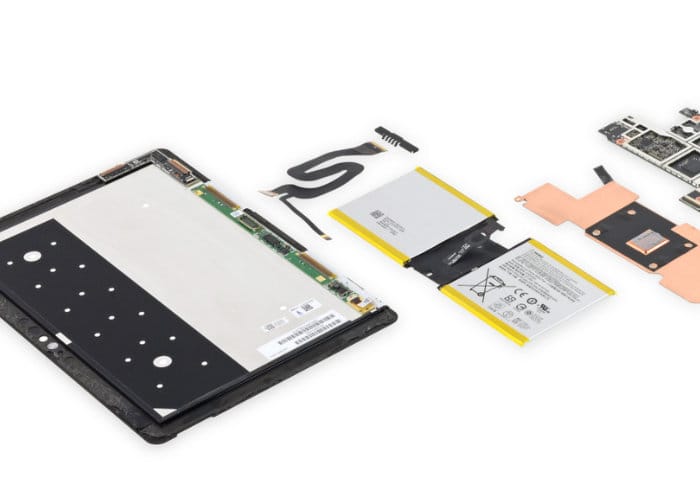 For the full teardown jump over to the official iFixit website by following the link below.