Microsoft has added a new gaming keyboard to their line up, the Microsoft Sidewinder X4 Keyboard, which according to Microsoft features the most advanced anti ghosting technology.

The Microsoft Sidewinder X4 Keyboard allows you to press up to 26 keys at once, and the keyboard detects each key press correctly, no matter how many other keys are being pressed at the same time. 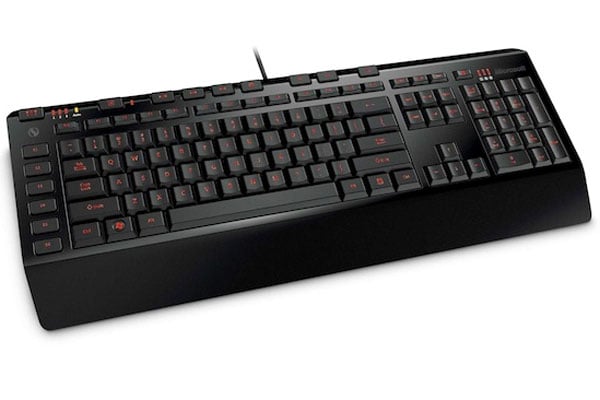 “We’re always looking for new and novel ways to enhance people’s interactions with their PCs,” said Steven Bathiche, research manager of the Applied Sciences Group at Microsoft. “We know that ghosting can be a problem for gamers, so we wanted to develop a way to eliminate this issue and improve the overall gaming experience, and we’ve succeeded with the new anti-ghosting technology in the SideWinder X4 Keyboard.”

Other features include macro recording which lets gamers record multiple moves and commands into one button, and a profile switching feature that lets you switch your setting for different games.

The Microsoft Sidewinder X4 Keyboard will be available in March 2010 for $59.95.