The rivalry between the gaming consoles, Xbox One and PlayStation 4, is still on and both of these consoles have been selling like hot cakes since their launch. I

Recently, Microsoft introduced a new promotions  that entitles a customer $100 if they ditch their PS3 or any eligible gaming console, which also includes Xbox 360 S or Xbox 360 E. The credit can be applied to a new Xbox One purchase. 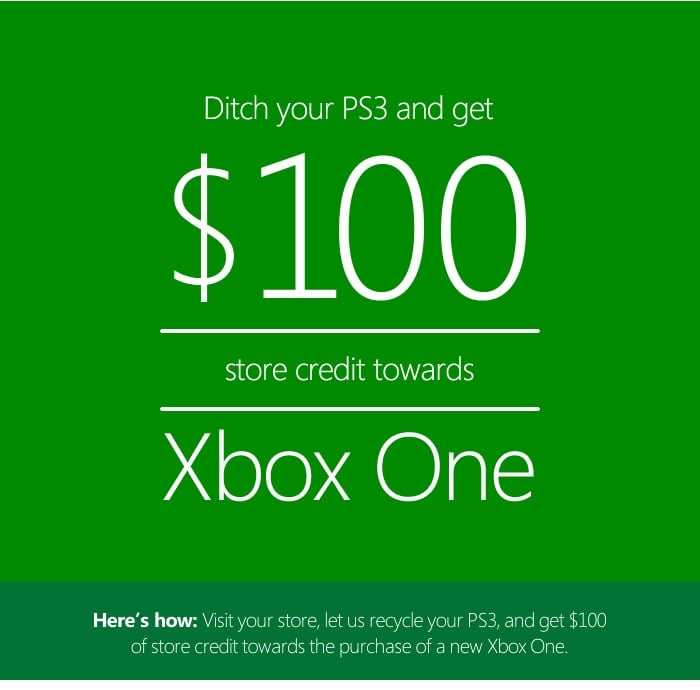 There are some terms and conditions as well. It’s not just like you take your old gaming console (which is eligible for trade-in) and get quick bucks for it. The gaming console must be in working condition without any broken or missing components, and must power on at the time of exchange. Additionally, to get the maximum trade-in value, you must purchase an Xbox One at the same time.

The offer is only available in select Microsoft stores in the US and Canada. The offer is valid until March 2nd, 2014 or while the supplies last, so if you’re planning to trash your old PS3 or Xbox 360, now might be a good  time to find it and take it to a store for exchange. I doubt you’ll find a better deal than this. Grab the Xbox One while supplies last.