Microsoft launched its new online Office 365 service last month aimed at professionals and business and of course as a competitor to Google’s online Gmail and documents service.

Well this week Microsoft showed a comic 50’s sitcom styled videos aimed at highlighting a few of the pitfalls of using Google’s Gmail service, using a new character called “Gmail Man” which was shown at the Microsoft Global Experience to Microsoft employees. Watch the leaked video of “Gmail Man” in action after the jump. 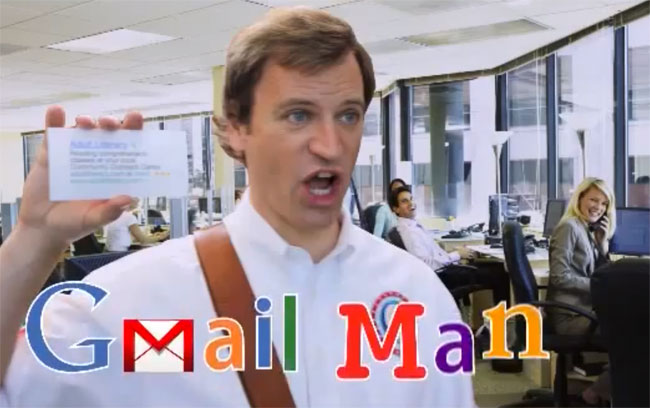 “On July 20 during the MGX opening sessions, the Softies showed off their “Gmail Man” spoof, meant to spur the troops selling Office 365 against Google Apps, and specifically, Gmail. In the video, Gmail man riffles through mail to find keywords for serving up ads. The message: Google cares more about advertising revenues than privacy.”