Microsoft has announced this week that its currently developing a new web based Windows Phone 7 app store to be launched in conjunction with their new  Windows Phone Mango operating system, launching in the Autumn.

The new Web based App Store has been designed to provide Microsoft customers with a new method for discovering applications and games and allow users to promote their favourites with friends, family, partners and social networks. 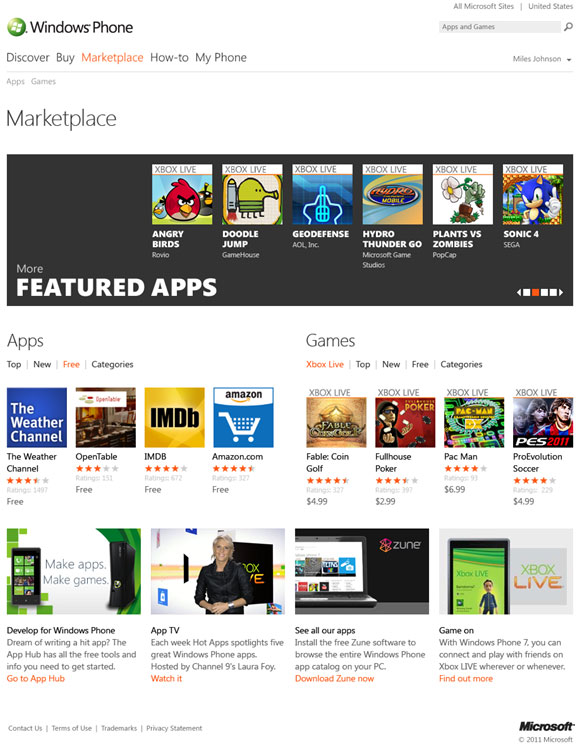 First impressions of the new web based app store look as though it will be similar to Apple’s and Google’s with fimilar features and services. A useful feature of the new Web base market place allows you to easily upgrade your phone and transfer your purchased applications to your new phone.

If you are a developer and interested in taking a close at Mango’s new features, Microsoft has uploaded a number of new videos today featuring Andrew Clinick discussing the new Mango application platform.

For more information about the new Web based App Store head over to the Microsoft Windows Phone 7 developer blog.