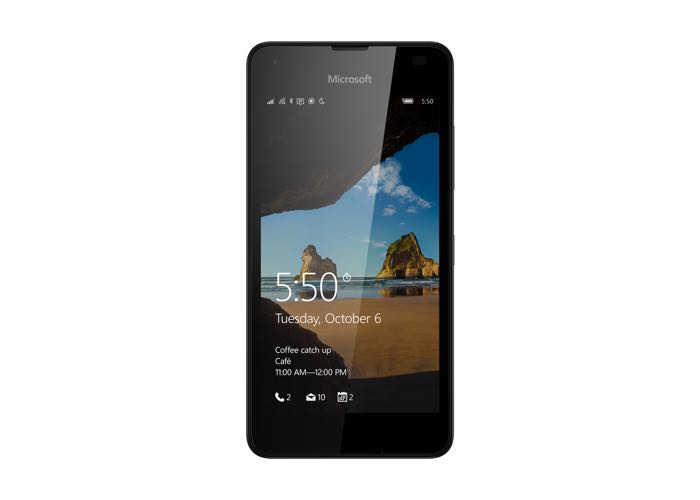 The handset is powered by a Qualcomm Snapdragon 210 processor and comes with 1GB of RAM, the device also comes with 8GB of built in storage and a microSD card slot.

On the front of the Microsoft Lumia 550 is a 2 megapixel camera and on the back there is a 5 megapixel camera, the handset comes with a 2100 mAh battery. The handset will go on sale next month and will retail for $139 without a contract.