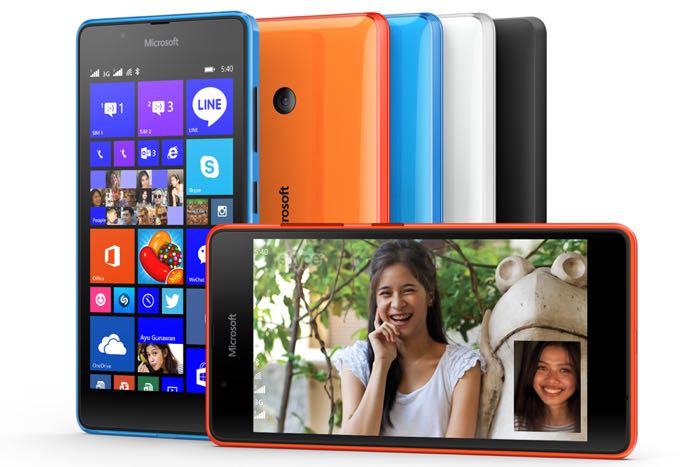 Microsoft has announced their latest Windows Phone smartphone, the Lumia 540 Dual SIM and the handset will retail for under $150.

The Microsoft Lumia 540 Dual SIM comes with a 5 inch display with a HD resolution of 1280 x 720 pixels and the handset features a quad core 1.2GHz Snapdragon 200 processor and 2GB of RAM.

The handset features Windows Phone 8.1 with Lumia Denim and it will get updated to Window 10 later in the year.

The Lumia 540 Dual SIM comes with 8GB of included storage and a microSD card slot which can take up to a 128GB card, it also comes with 15GB of OneDrive storage.

The device comes with a 2200 mAh removable battery and it features a 5 megapixel wide angle front facing camera and an 8 megapixel rear camera with auto focus and an LED flash.

Microsoft will launch their new Dual SIM Lumia 540 in May and the handset will be released in IMEA and APAC regions and Italy and will retail for $149, you can find out more details at the link below.