The new Microsoft Robotics Developer Studio 4 software can also be used to create “virtual bots” without the need to have any hardware to create your perfect robot. Watch the video after the jump to see the Kinect toolkit in action. 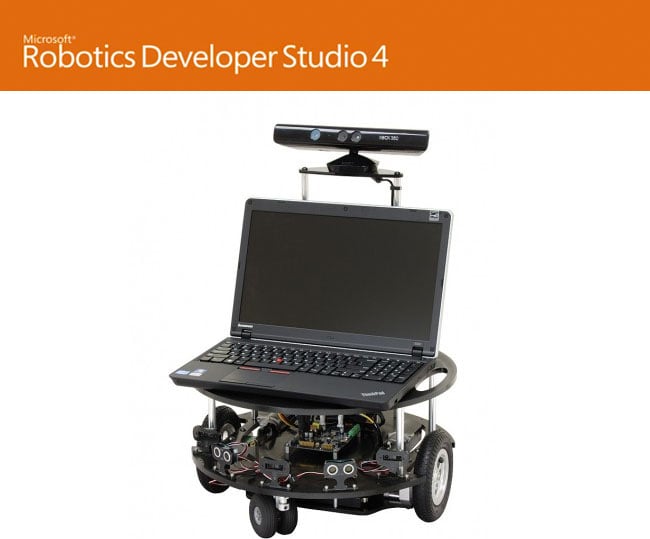 The new system and Kinect toolkit enables both commercial and enthusiast robotic developers to use Microsoft’s Kinect’s distance sensors, tracking and other technologies to aid the robots navigation, avoid obstacles and interact to people it may meet around it.

“There has been tremendous excitement with Microsoft Kinect within the robotics space signaling the potential opportunities that exist in transforming robots to low-cost mainstream consumer devices. RDS4, with support from the Kinect sensor, aims to make it easier for developers to build applications, including those directed at personal robotics and consumer scenarios, both in hardware and in simulation.”