Reports have confirmed Microsoft’s quest for the ultimate touchscreen keyboard thanks to a November 25 patent application. Unlike Acer, Nokia, and a bunch of others who’ve tried, Microsoft intends to create a newfangled typing interface that actually has texture. Tall order, you say? 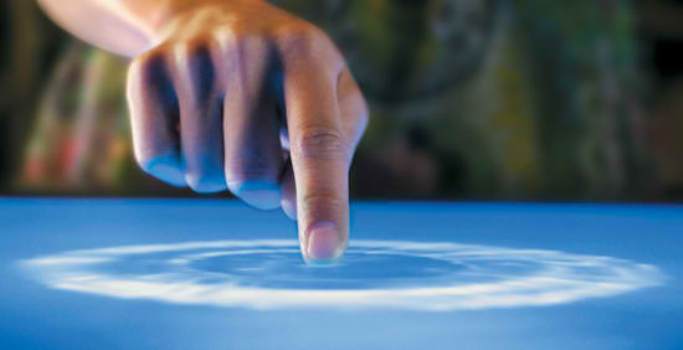 While the technology won’t be applied on laptops and handheld devices, Microsoft’s newest patent is expected to be a game-changer once it comes to life in the near future. How does it work? It’s all a matter of pixel sized shape-memory plastic. Activated by UV light, which has cells underneath the touchscreen they rest on, the shape-memory plastic is arranged in a grid pattern. When ready for use, they “stick out” like a hologram, begging to be poked.

This  innovation is expected to alter the current  practice of touch sensitive controls. Rather than contort our fingers, shape-memory plastic allows us to manipulate physical (or near physical) controls by giving us the merest sensation of familiar keyboard contours.

But the big question remains whether, contrary to Mirosoft’s plans, a similar technology will bless handhed devices soon. It’s just such an obvious marriage of convenience. Imagine your tablet embedded with one. For some people, typing on a tablet these days is rather, uh, tedious. Think of that tedium gone once there’s a UV-activated keyboard right at your fingertips.