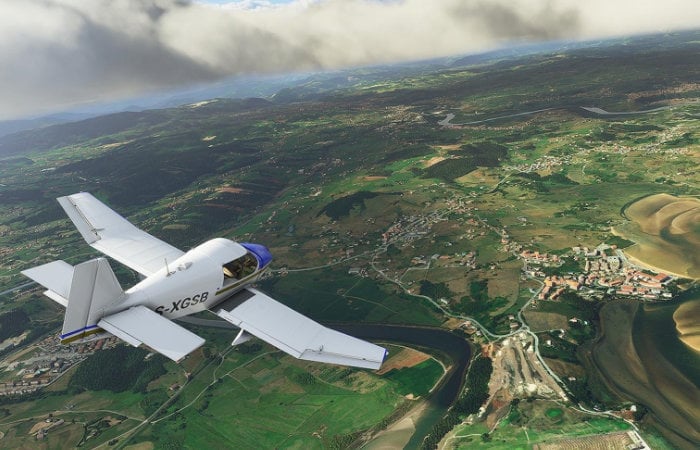 Microsoft Flight Simulator is available to purchase separately and also via the Xbox Game Pass subscription service if you are already a member or considering joining. Enabling you to try out your digital flying skills flying around the globe while stopping off at over 37 thousand airports, and viewing more than 2 million cities and view 1.5 billion buildings from the air as you fly over.

“In a pivotal moment for the flight simmer community, we are bringing Microsoft Flight Simulator to Xbox Series X|S giving aspiring pilots the chance to take flight for the first time on a console. From light planes to wide-body jets, you’ll test your piloting skills against the challenges of real-time weather including accurate wind speed and direction, temperature, humidity, rain, and lightning – all in a dynamic and living world.

With the power of satellite data from Bing Maps and cloud-based AI using Azure, you’ll travel the entire planet in amazing detail with over 37 thousand airports, 2 million cities, 1.5 billion buildings, real mountain ranges, roads, trees, rivers, animals, traffic, and more. Simmers can expect the same level of depth as the PC version, with the most authentic and realistic flight simulator we have ever created and available to the widest audience ever.”