Those who use Outlook.com may have run into a few problems earlier this week when the system went down. Microsoft explained today that it all started when the Exchange ActiveSync’s caching service began to fail. This created a chain reaction; causing the company servers to become overwhelmed after a myriad of reconnection attempts. Microsoft instituted a slow recovery to avoid a second meltdown. 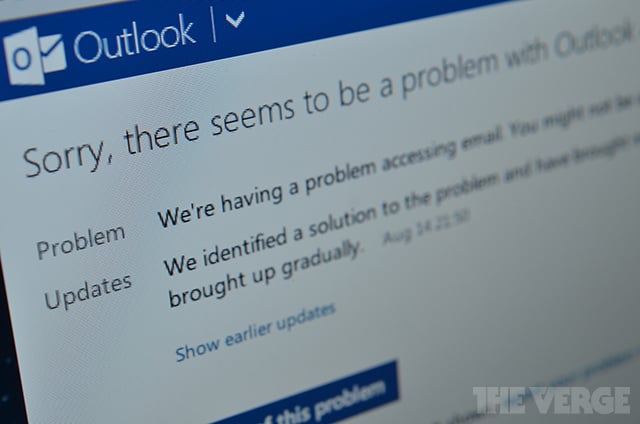 All I have to say is these things happen. Outlook.com users can be as upset as they want, they can demand everything on Earth, but none of that changes the fact that it happened. Computer programs are prone to errors and occasional failures. Half of you probably thought your computer was the one with the problem at first.

That being said, Outlook.com is free. Anyone asking for some kind of reimbursement is stupid. There’s nothing to reimburse since you never gave Microsoft anything for the service anyway. Just be glad they’re taking steps to ensure the problem isn’t likely to happen again.

Were you an Outlook.com user affected by this incident?