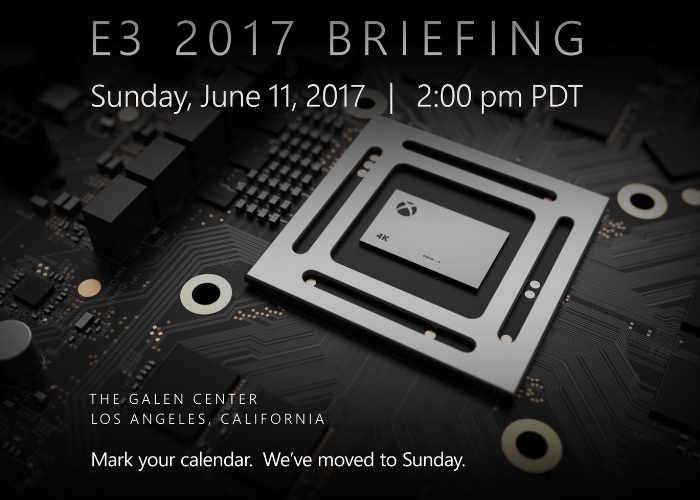 Major Nelson has announced via Twitter today that the Microsoft E3 2017 Xbox press conference will now be a little earlier than previously thought and will now pay place on Sunday 11th June at 2pm Pacific.

Is not the first time that the E3 games event has been stretched to the first weekend and has seen the likes of Bethesda recently hold press conferences on the Sunday before the event.

It has been previous tradition that Microsoft Word kick off E3 with a press conference on the Monday, followed shortly afterwards with EA and Ubisoft, with Sony closing out the event.

As more information is made available about what you can expect to see at this year’s E3 2017 games event taking place in Los Angeles California, we will keep you up-to-date as always.