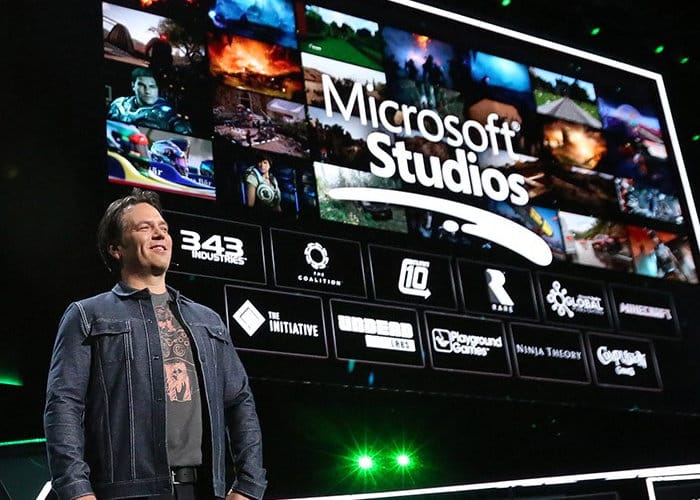 At E3 2018 this year Microsoft has announced a number of acquisitions to double its game development studios by adding five new creative teams to the Microsoft Studios family. Microsoft has also created a brand-new game development studio named The Initiative to oversee the the acquisition of Playground Games, and letters of intent to acquire Ninja Theory, Undead Labs and Compulsion Games.

“The original games we create at Microsoft Studios are some of our biggest assets. Our growth strategy is to continue to expand the worlds that players love, while developing all-new exclusive games that deepen their engagement with our platform. We are thrilled to welcome five new studios into the Microsoft family. We believe these teams have the collective creative power and operational excellence to deliver the next industry game changers.”

– Playground Games. Microsoft has acquired U.K.-based Playground Games, a development partner since 2010 that has helped grow the Forza franchise to new heights. In addition to its work on this year’s Forza Horizon 4, Playground Games will have a team dedicated to bringing their open-world expertise to an entirely new project.

– Ninja Theory. The relationship between Ninja Theory and Microsoft started in 2000 when Kung Fu Chaos was in development for the original Xbox and culminated in the release of Hellblade on Xbox One earlier this year. Microsoft’s intent to acquire Ninja Theory will help ensure the creative team has the resources and freedom to bring more ambitious games like Hellblade: Senua’s Sacrifice to fans.

– Undead Labs. Seattle-based Undead Labs is the creator of the popular State of Decay franchise, enjoyed by millions of fans worldwide. In the first two weeks since State of Decay 2 launched, more than two million fans joined the fight to survive and took down more than two billion zombies. By entering into a letter of intent to acquire Undead Labs, Microsoft is signaling its commitment to growing the franchise and taking the zombie survival-fantasy genre to new heights.

– Compulsion Games. As We Happy Few nears its full, multiplatform release on Aug. 10, Microsoft has entered into a letter of intent to acquire Montreal-based Compulsion Games. By joining the team at Microsoft Studios, Compulsion will have the resources, platform and freedom to take even bigger creative risks and create even more ambitious worlds with its future projects.