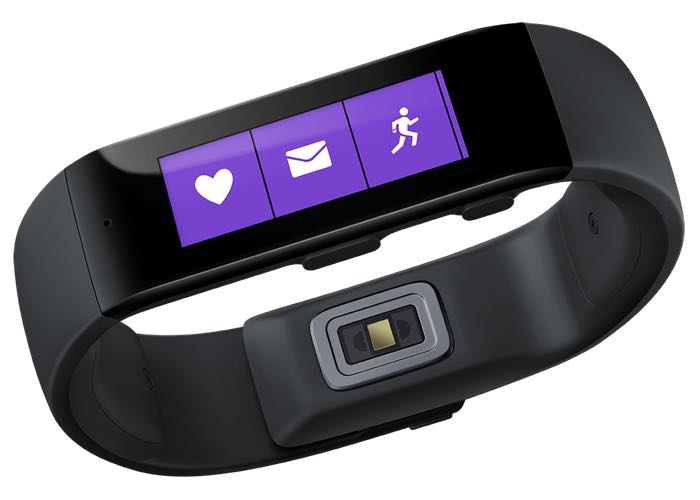 During this weeks Build 2015 conference Microsoft has announced that its is now opening up its Microsoft Band fitness tracker to support third-party applications.

Zulfi Alam, Microsoft’s personal devices division explained that a new SDK has released for developers to use to create third-party applications for the Microsoft Band.

The new Microsoft Band SDK will offer developers the ability to carry out a number of functions listed below and has also been released in three versions to support iOS, Android and Windows mobile devices. :

• Build apps that support Windows.
• Create own custom layouts for pages on third-party tiles using icons, text, buttons, and barcodes for payment options.
• Receive events and button-click callbacks from the Microsoft Band to the phone app. If you press a button on a page inside your tile, the app will know which button was pressed.
• Connect to the Band from background tasks.
• Tap into calorie subscription from the Microsoft Band

The Microsoft Band SDK gives developers access to the sensors available on the band, as well as the ability to create and send notifications to tiles. Enhance and extend the experience of your applications to your customers’ wrists.

Extend the experience of your application to your users’ wrists via a new dimension of interaction. Create an app that can send UI content to the band, keeping users engaged when they’re in motion. Your app can also receive data directly from the band sensors, giving your users more reasons to interact with it. Create a personalized, data-rich, custom experience and enhanced scenarios that will engage users in ways only possible with Microsoft Band.

For more information on the new Microsoft Band SDK jump over to the Microsoft Health website for details. If you liked this you might also be interested in building an Arduino wind speed meter which offers an easy way to start tracking wind speed using an Arduino Uno.