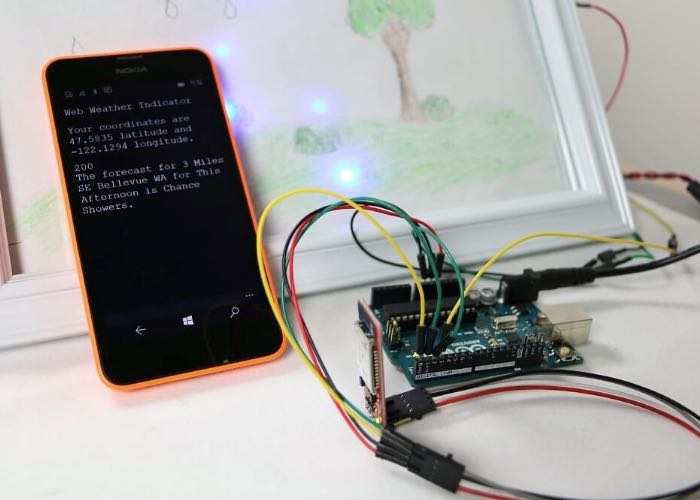 During Build 2015 this week Microsoft and Arduino have announced a new partnership that will provide makers, hobbyists and developers with the ability to use an “Arduino Certified” Windows 10 software package.

The Arduino Windows 10 operating system will enable the creation of projects combining the hardware-driving capability of Arduino with the software capabilities of Windows, say the two companies.

For example a security camera that uses Arduino to power the motors controls to tilt/turn the camera. While using Universal Windows Platform (UWP) would be used to create the user interface, connect the camera to the cloud, process the image for motion detection as well as facial and voice recognition.

Microsoft has also this week made available Windows Remote Arduino and Windows Virtual Shields for the Arduino platform, both of which have been released as open source libraries.

“With Windows Virtual Shields for Arduino, users can tap into the incredible power of their Windows 10 devices through wireless protocols. For example Lumia 530 contains a lot of Arduino Shield capabilities and allows designers/makers to connect all those components seamlessly. Imagine being able to create an Arduino project that includes GPS, Web connectivity/parsing, touch display, speech technologies and more! Take a look at this Picture the Weather project created to bring children’s drawings to life!

With Windows Remote Arduino developers can (wirelessly) access the capabilities of  Windows 10 devices as if they were physically attached to an Arduino Shield and leveraging Arduino functions directly from Universal Windows Application.”

For more information on the new Arduino Microsoft partnership and what it can offer jump over to the Arduino website for details via the link below. You might also be interested in building an Arduino wind speed meter which offers an easy way to start tracking the strength of the wind in your area in mph. Raspberry Pi enthusiasts may also be interested in our essential guide to Raspberry Pi displays and HATS.