Microsoft has announced this week that it has purchased Yammer a provider of enterprise social networks for $1.2 billion in cash. Yammer was launched back in 2008 and was created to provide an area where employees could meet in a secure area.

Since its launch it has amassed a user base of around five million corporate users to date. Which includes employees at 85 percent of the Fortune 500 companies. 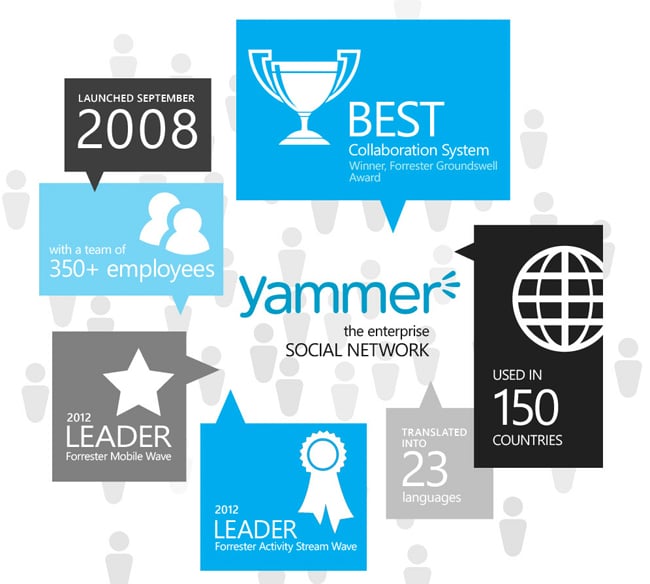 The Yammer team will operate as it does now and remain in San Francisco. For more information jump over to the Microsoft press release. Microsoft’s acquisition of Yammer is subject to customary closing conditions, including regulatory approval. Steve Ballmer, CEO, Microsoft explained in the press release: