Micro has announced details of is new SSD’s, the RealSSD series. 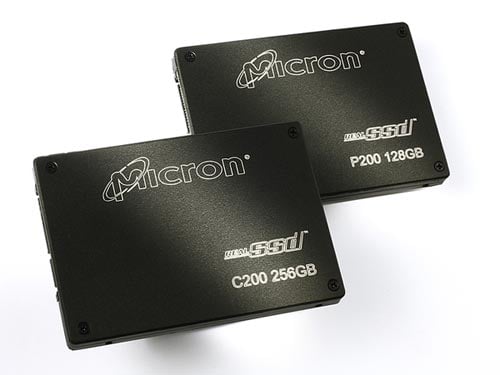 The interesting thing about these new SSD’s is that they twice as fast as Samsung’s new SSD’s which were launched last month.

These new drives are based on MLC NAND technology and they will have a read speed of 250MB/s and a write speed of 100MB/s.

There are also launching the Micron P200 which is available in a 2,.6 inch form factor and is based on SLC technology, this version will come in either 16GB or 125GB and also has a read speed of 250MB/s.

These new drives will go on sale later in the year, unfortunately there is no word on pricing as yet.