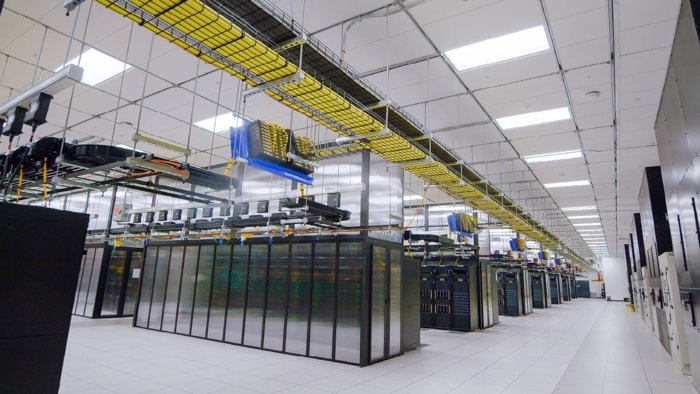 Meta has announced that it has built a new AI supercomputer that has a massive 16,000 GPUs, the company has said that it will be fully finished by the middle of 2022.

The supercomputer is called the RSC or AI Research SuperCluster and the company says that it is expected to be the world’s faster supercomputer.

RSC will help Meta’s AI researchers build new and better AI models that can learn from trillions of examples; work across hundreds of different languages; seamlessly analyze text, images, and video together; develop new augmented reality tools; and much more. Our researchers will be able to train the largest models needed to develop advanced AI for computer vision, NLP, speech recognition, and more. We hope RSC will help us build entirely new AI systems that can, for example, power real-time voice translations to large groups of people, each speaking a different language, so they can seamlessly collaborate on a research project or play an AR game together. Ultimately, the work done with RSC will pave the way toward building technologies for the next major computing platform — the metaverse, where AI-driven applications and products will play an important role.

You can find out more details about Metam and Facebook’s new supercomputer over at the company’s website at the link below.