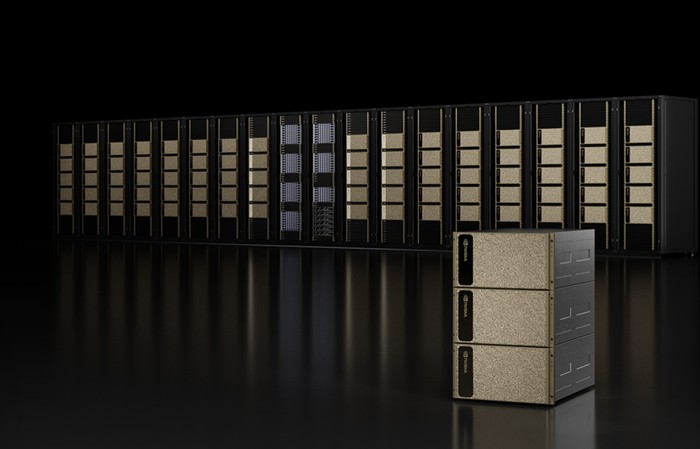 Meta has worked with NVIDIA to build a huge AI Research Supercomputer that will provide Meta AI researchers with a massive 5 exaflops of AI performance. The new AI Research SuperCluster (RSC) unveiled this week is already training new models to advance artificial intelligence and once fully deployed Meta’s RSC is expected to be the largest customer installation of NVIDIA DGX A100 systems.

The new AI supercomputer is equipped with 760 NVIDIA DGX A100 systems which it uses as compute nodes, offering a total of 6,080 NVIDIA A100 GPUs linked on an NVIDIA Quantum 200Gb/s InfiniBand network to deliver 1,895 petaflops of TF32 performance. Meta explains a little more what they’ll be able to do with their new supercomputer, which took just 18 months to go from concept to a working AI supercomputer, equipped with NVIDIA DGX A100, the world’s first 5-petaflops system.

“We hope RSC will help us build entirely new AI systems that can, for example, power real-time voice translations to large groups of people, each speaking a different language, so they could seamlessly collaborate on a research project or play an AR game together,”

When RSC is fully built out, later this year, Meta aims to use it to train AI models with more than a trillion parameters. That could advance fields such as natural-language processing for jobs like identifying harmful content in real time.