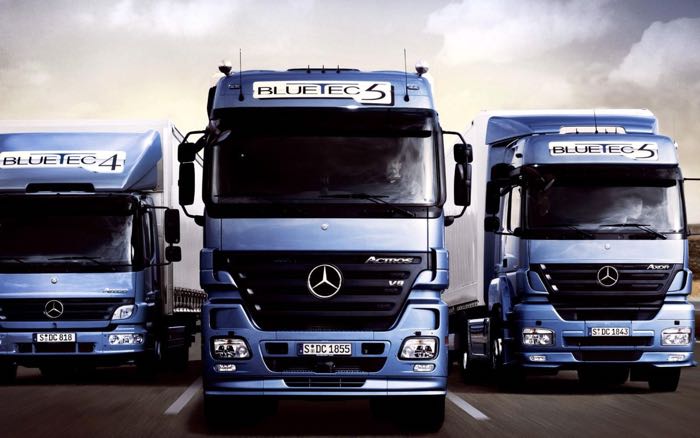 Mercedes Benz has announced that they have started testing out their self drivcing trucks on public roads in Germany.

The company is testing out their new Mercedes Benz Actros with Highway Pilot, the truck is being driven on a partially automated basis. 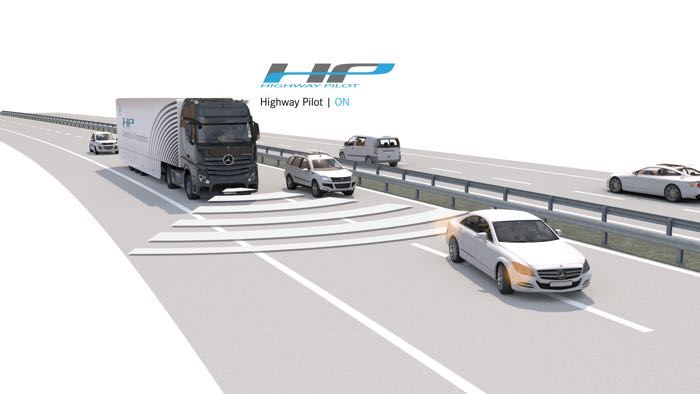 On the A8 between Denkendorf and Stuttgart airport Daimler Trucks is today having the world’s first series-production truck to operate on an automated basis drive on the motorway. Together with the state of Baden-Württemberg’s Prime Minister Winfried Kretschmann, Dr Wolfgang Bernhard, Board Member of Daimler AG responsible for Trucks and Buses, is undertaking the maiden journey in the Mercedes-Benz Actros with Highway Pilot system.

With this permit the truck is allowed to drive on motorways on an automated basis. The truck used for the premiere is a standard Mercedes-Benz Actros equipped with the intelligent Highway Pilot system for this test of autonomous driving on public roads. The truck is approved as a test vehicle in accordance with §19/6 StVZO (German road traffic type approval law). The Rhineland German Technical Inspection Authority had inspected the vehicle and issued an expert opinion. On this basis the Baden-Württemberg regional council granted an exemption in accordance with §70 StVZO.

According to Mercedes, this new truck is a safer driver than a human being, you can find our more details about the self driving truck from Mercedes Benz at the link below.