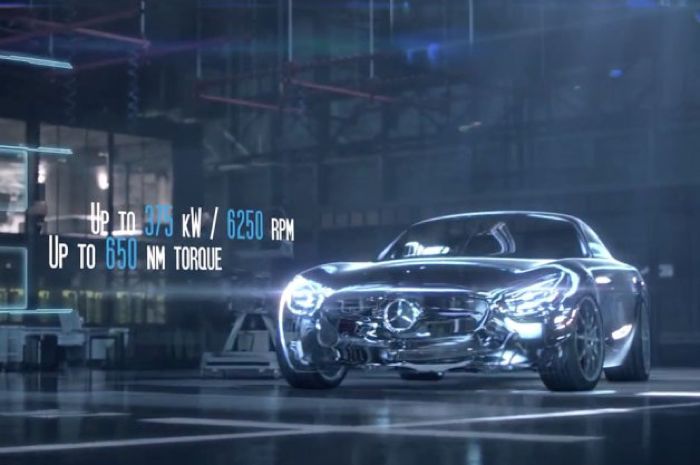 Mercedes has been teasing their new Mercedes AMG GT over the past few weeks, and now the company has revealed more information about the vehicles engine in their latest video.

The Mercedes AMG GT will come with a 4 liter V8 twin turbocharged engine that comes with 503 HP and 479 pound-feet of torque, have a look at the video below.

The new AMG GT will replace the Mercedes SLS AMG, it comes with 60HP less than the previous model although it features the same amount of torque.

Mercedes are also expected to use this new engine in some of their other vehicles, it is rumored to replace the 6.2 liter v8 engine that is in the C63 AMG. The new engine is designed to be more fuel efficient than previous engine, although it has similar power output.

Mercedes will be taking the wraps off their new AMG GT some time this fall, the vehicle is said to be smaller and lighter than the SLS AMG, so we can expect it to come with similar performance.

As soon as we get some more details on the new Mercedes AMG GT, including some more photos of this new GT car, we will let you guys know. We suspect that Mercedes will release some more teaser videos before it gets official.