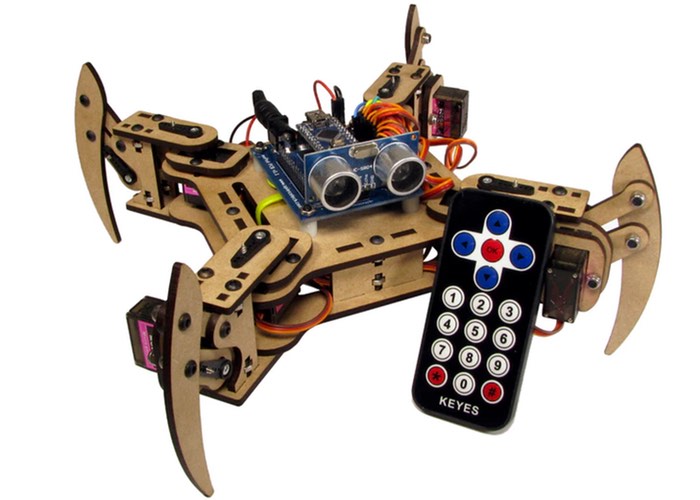 Scott Pierce has created a new robotic kit in the form of the mePed Mini Quadruped Robot which provides everything you need to create and control your very own open source walking robot.

Designed to teach more about the enjoyment of programming and robot design, the mePed has been designed to be easily built without any prior knowledge of robotics, and is available at an affordable $55 price point. 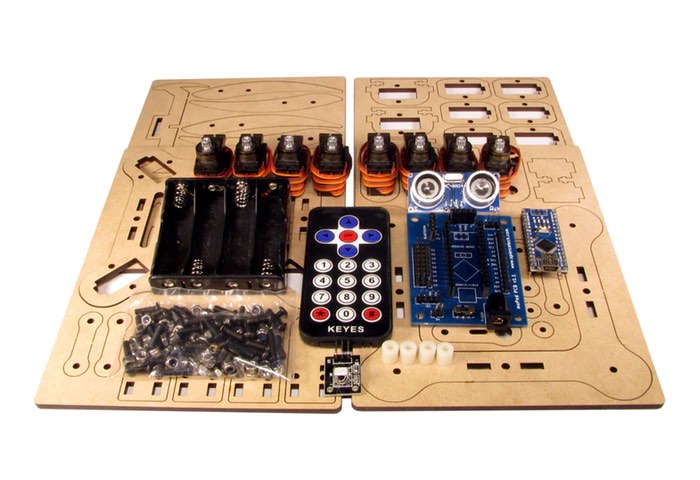 Although cheaper pledges are also available starting from just $15. Providing just the wooden framework, allowing you to install your own electronics and servos if desired. Scott Explains more about the inspiration behind his mePed Mini Quadruped Robot kit.

In early 2015 I ran across the open source meArm robot project on Thingiverse.com and I built one for myself. After a little while, I realized that there weren’t many places to purchase a meArm kit in the USA. I began selling meArms online and after a couple months, I wanted to give back to the open source community by creating my own open source robot. Using a couple components from the meArm and some of the design concepts, I set out to build the first mePed robot. With the permission of Ben Gray, the designer of the meArm, I settled on the name mePed because parts of the walking robot were borrowed from the open source meArm!

I have been selling a partial kit of mePed v1.0 for nearly a year now. This partial kit contains the mePed body, 8 servos, and the nuts and bolts required to assemble the main structure but no electronics. The end user was required to supply their own circuit board, micro controller, and supporting sensors.

Fast forward to May, 2016, I have redesigned parts of the mePed to increase the strength of the legs, reduce torque on the servos, improve the visual appeal of the robot, and added mounting holes for various components such as the new PCB and a battery holder. I have also designed and ran a couple small batches of PCBs for the mePed, refining the PCB layout and features along the way.

For more information on the new mePed Mini Quadruped Robot kit jump over to the Kickstarter website forFull specifications and to make a pledge by following the link below. If you enjoy building Pi projects you might be interested in our comprehensive list of Raspberry Pi displays, HATS and small screens.