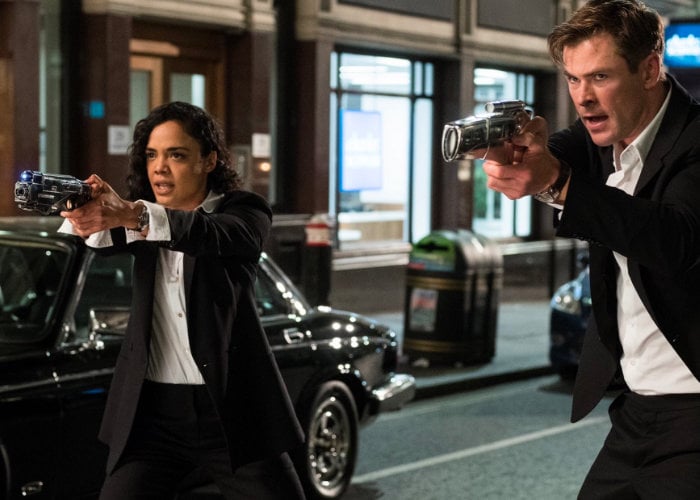 Sony Pictures Entertainment have released the first trailer for the new upcoming Men in Black 2019 movie MIB International, starring Chris Hemsworth and Tessa Thompson as Agents H & M. Check out the trailer below to learn more about what you can expect from the characters, storyline and action in the new fourth Men in Black movie.

“A London-based team of Men in Black (MIB) secret agents become involved in a murder mystery that sends them traveling the globe.”