Never mind that their ambitious iPhone challenger the M8 got scuttled two months ago. Meizu have a new contender ready for the holidays called the M9 and it has just been leaked on their website courtesy of CEO J. Wong. Below is the photographic evidence. 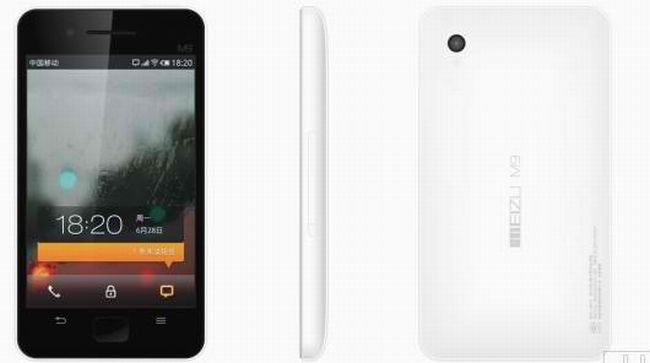 Armed with a 16 million color 960×640 resolution display and a Samsung S5PC110 CPU, it is widely believed that the M9 will retail across China come Christmas, right on time to meet the onslaught of other smartphones and tablets due early 2011. Oh yes, tablets. A lot of them are coming out starting next year and who knows what Apple will have in store for its devotees then? Exciting times await, boys and girls.

Ahem! To complete our report of essential info regarding this newest from Meizu, the iPhone look-a-like runs Android, has a 5 megapixel camera, a micro SDHC expansion slot, plus 512MB of RAM. Of course, in light of Meizu’s ugly spat with Apple over the M8, the M9 bears a few crucial differences from the iPhone such as the company’s logo at the upper right corner of the screen.

To further entice the anticipation of Meizu fans, Mr. Wong has also previewed the M9II, an even sleeker version of its predecessor. The 8GB M9 costs $370 while its heftier 16GB sibling goes for $399.