Meego the Linux-based open source mobile OS that was announced at Mobile World Congress 2010 by Intel and Nokia is aiming to merge the efforts of Intel on Moblin and of Nokia on Maemo into one project.

We have already previewed a few screen shots and video of the MeeGo OS but each manufacturer is able to customise the OS to their own smart phones requirements and style. Check out Nokia’s latest Meego OS after the jump. 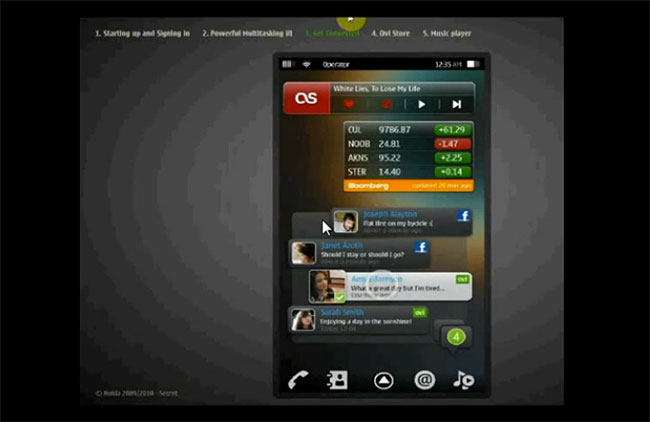 The MeeGo video has been captured by a consumer who was asked to take part in an online survey and covers how the MeeGo OS will use multitasking, social network integration, application purchasing with the Ovi Store, and the multimedia player