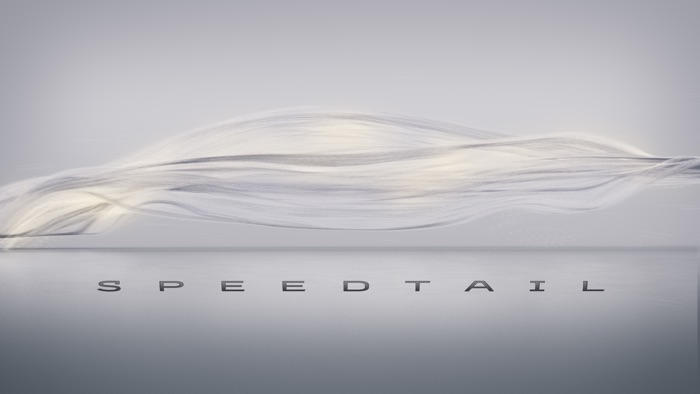 McLaren has revealed the name for its McLaren F1 successor, the new hypercar will be called the McLaren Speedtail.

Like the original McLaren F1 the new McLaren Speedtail will feature a central driving position, the car maker has also confirmed that they will make 106 units of this new hypercar.

The world’s first Hyper-GT and McLaren’s next entrant to its Ultimate Series, the Speedtail will achieve the highest top speed of any McLaren yet, with the capability to exceed the 243mph peak speed of the legendary McLaren F1 road car. Its design, teased in a series of sketches, will be flowing and highly streamlined, incorporating exquisite new materials to facilitate limitless possibilities for tailoring through McLaren Special Operations (MSO).

The news follows the announcement by McLaren Automotive CEO, Mike Flewitt, during the Geneva Motor Show press conference that a public reveal of the McLaren Speedtail can be expected this year. The 106 customers who have reserved one will be invited to see it first.

You can find out more details about the new McLaren Speedtail over at McLaren at the link below, as soon as we get more information on the car including some photos, we will let you guys know. Each one will cost £1.6 million plus taxes.