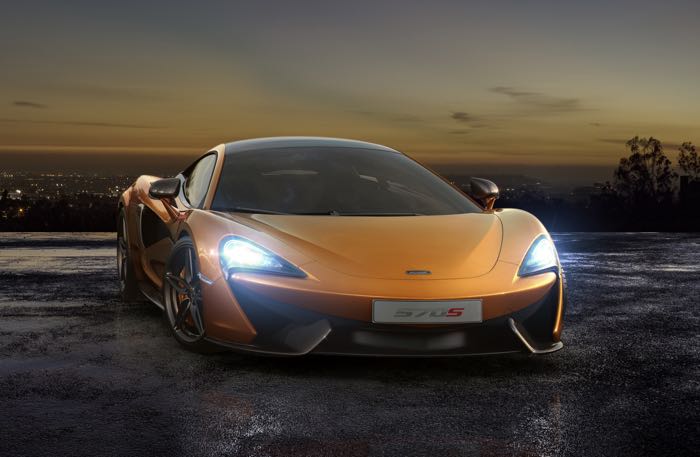 The new McLaren 570S Coupe was recently unveiled at the New York International Motor Show and now McLaren has revealed how much their new supercar will cost.

Prices for the McLaren 570S Coupe will start at £143,250, this is the first car in the new McLaren Sports Series and the company is looking to take on the likes of the Porsche 911 Turbo and the Audi R8 V10 Plus.

McLaren are looking to produce around 4,000 cars per year of their new 570S Coupe model, the car comes with a 3.8 litre twin turbo V8 engine.

The new McLaren 570s comes with a 7 speed SSG transmission and it comes with 562 horsepower and 600 Nm or torque.

This gives the car a top speed of 204 miles per hour and a 0 to 62MPH time of just 3.8 seconds, these performance figures suggest that the new McLaren 570S could be well placed to take on the Porsche 911 Turbo and the Audi R8 V10 Plus.