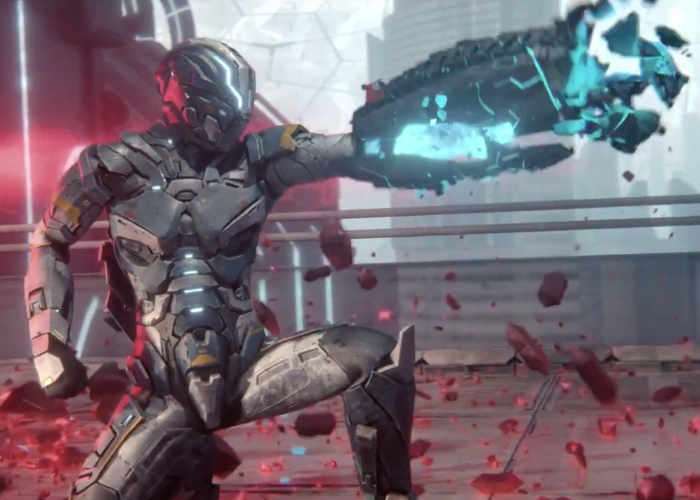 Developer Housemarque responsible for games such as Alienation and RESOGUN have released a new behind-the-scenes trailer with interviews from the developers of their latest creation Matterfall which is now available to preorder and will be officially launching later this month on August 15th, 2017.

Matterfall has been created exclusively for the PlayStation 4 console and provides a side scrolling shooter with plenty of explosions and fast exciting gameplay.

The game is set on a futuristic science fiction world that has been infected by an alien material known as “Smart Matter”. The player takes control of Avalon Darrow who dons an armoured battle suit. Darrow can jump, dodge, and blast aliens. Darrow can also create platforms to explore the environment and generate shields to deflect attacks of enemies.

To preorder your copy of Matterfall on the PlayStation 4 jump over to the official PlayStation Store via the link below.