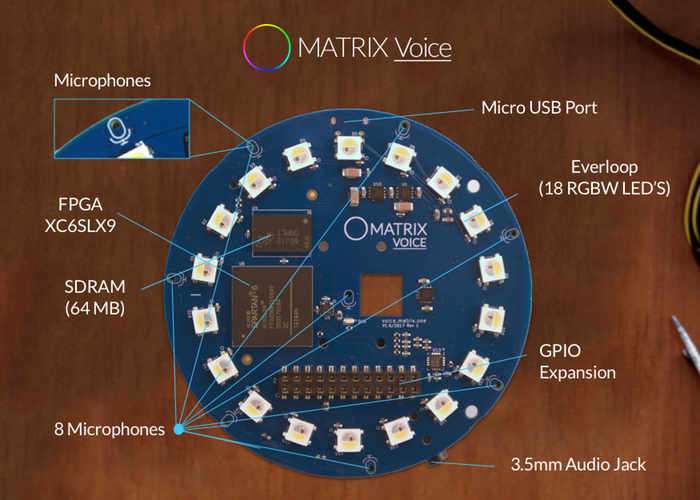 Makers, electronics enthusiasts and developers searching for an open source voice platform may be interested in a new piece of hardware which has been created by MATRIX Labs based in San Francisco, California.

The MATRIX Voice has been specifically designed for the Raspberry Pi mini PC but can also be used as a stand-alone with ESP32, Wi-Fi, Bluetooth and MCU. Watch the video below to learn more. 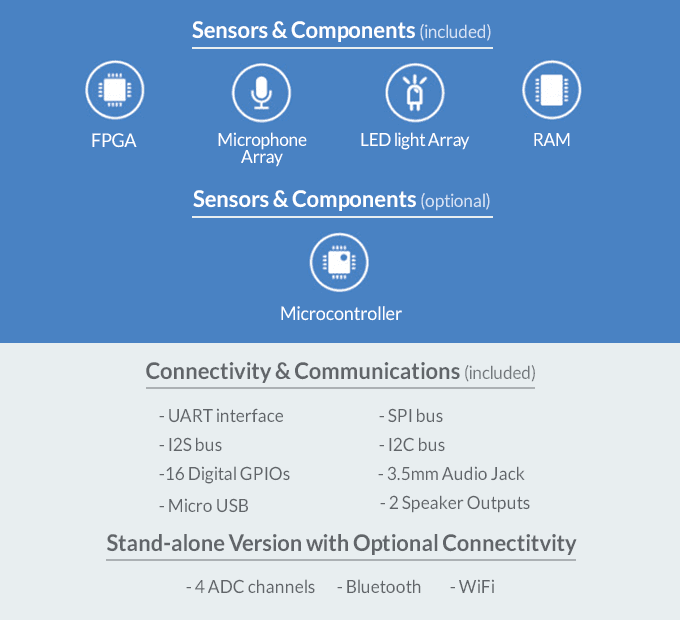 MATRIX Voice was built with a mission to give every maker, tinkerer, and developer around the world a complete, affordable, and user-friendly tool for simple to complex Internet of Things (IoT) voice app creation. At glance, the FPGA-driven development board for the Raspberry Pi is a developers dream. To simplify hardware application development, MATRIX Voice includes MATRIX OS, which allows developers to build hardware applications in just a few lines of code using JavaScript.

The 8 MEMs microphone array on MATRIX Voice allows you to leverage voice recognition in your app creations by using the latest online cognitive services including Microsoft Cognitive Service, Amazon Alexa Voice Service, Google Speech API, Wit.ai and Houndify. You can trigger events based on sound detections, such as receiving a text message when your dog is barking back home.

For full specifications and the ability to make a pledge from $55 with shipping expected to take place in October 2017 jump over to the official Kickstarter campaign page by following the link below.